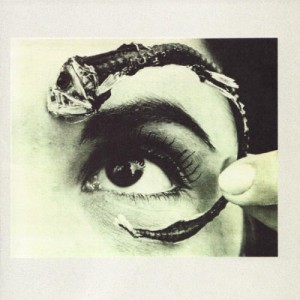 I thought I was a fan of vocalist Mike Patton until I met Sara.  She and her husband Nathan own nearly every recording that Patton was even remotely involved with.  While I was quite familiar with Patton’s work as the singer in Faith No More and in the band he formed prior to joining FNM, Mr. Bungle, I really only knew Mr. Bungle’s debut release on Warner Brothers.  The group, which Patton ran concurrently with FNM, managed to squeak out two more records on Warner before side projects and geography broke up the band.  Nathan, through Sara, floated me a copy of many of these CDs, but the one that floored me the hardest was Mr. Bungle’s sophomore release, Disco Volante.  Named for the yacht featured in the James Bond flick Thunderball, and released in 1995, Disco Volante managed to out-Zappa Frank Zappa and also demonstrated that much of the jazz-punk influence on their debut was not the fault of producer John Zorn, but had actually come from the twisted brains of Mr. Bungle themselves.

The band chose to produce Disco Volante themselves rather than hire an outside producer.  I’d like to think that this had something to do with the “criticism” that their debut was merely another John Zorn’s Naked City project with different musicians.  By keeping control, Patton, bassist Trevor Dunn, drummer Danny Heifetz and guitarist/keyboardist Trey Spruance managed to unleash their darkest whims in a collection that truly defies definition.  After 12 tracks, the album has touched on every musical genre and even invented a few along the way.  While this is also true of their debut, Disco Volante is far more experimental and far less comprised of what we might traditionally know as “songs.”

Witness “Carry Stress In The Jaw,” a nine-minute, super high speed jazz fiasco.  Each of the band’s musicians exhibits that time is merely a dimension that can be breached through sheer force of will.  The rapid flutter of guest saxophonist Theo Lengyel is matched note for note by Dunn.  While Patton is alternating between subdued R&B crooning and tortured death metal screams, occasionally falling into cartoony voices and ghostly moans, the band is tearing across territory undreamed of by most players.  Just when we might imagine this is some sort of new jazz approach, Spruance plugs in for a metal edge not even attempted by Pat Metheny.  That is, when he’s not opting for surf guitar and cheesed out Farfisa.  Heifetz is perhaps the true hero here as it would be impossible for a band to stay this tight without a solid rhythm bed and an effortless manipulation of the time changes.

Just when we think we might be able to barely grasp what Mr. Bungle is attempting comes “Desert Search For Techno Allah.”  Techno beats, Arabic percussion, operatic voices, metal guitar, clean 1950s rock guitar, and Nine Inch Nails-style menacing synthesizers mash together for a bizarre sci-fi tale told without (understandable) words.  Contrast this with “Phlegmatics,” which enters our ears as an old school punk ditty, but soon breaks down with Patton’s free form voice in time with Spruance’s muted notes.  It all falls apart when Lengyel delivers a clarinet solo above Dunn’s monstrous tones, but returns again for a one measure punk send off.

“Platypus” teases us with what may become the best metal song ever composed before Patton has his say.  His voice ranges between that of a cartoon platypus and that guy testing out the levels in the recording studio way down the hall.  Most of the piece approaches under the guise of experimental jazz, but the vocal sound effects, whimsical clarinet and sax, and sampled noises bust things up before they can ever become serious.  “Merry Go Bye Bye” closes out the disc with Patton singing as the most inept ‘50s rock n roller ever just before a chorus of multiple Pattons shows us how doo wop ought to be done.  Alas, we’re still not allowed to get too comfortable.  The mood is shattered by precision clock-tick beats and heavily distorted video game sounds.  Screaming, growling, and generally making a spectacle of himself, Patton uses his voice as one more instrument in the mix.  This is the reason why I consider him to be the best vocalist ever (I don’t care who you like and why, Patton can do and has done it better).  I’m used to him sticking with one specific style on a song, or maybe mixing it up briefly with one drastically different approach, but that’s not how he goes at it on this record.  He’s all over the map on every single song.  Amazing!

Disco Volante received very little notice upon its release, even though it featured the same singer that was on the song, “Epic,” FNM’s biggest hit.  I applaud Warner Brothers for releasing one of the most non-commercial, experimental records ever put out on a major record label.  It’s just too bad that they had no idea how to market the thing.  That it came out a full four years after Mr. Bungle’s debut didn’t help matters either.  A good deal of the blame for the timing can be placed on Patton, but he was in a very difficult situation.  He was hired by FNM after they’d heard a cassette of Mr. Bungle recordings.  Not wanting to miss the opportunity of a lifetime, but also not wanting to betray a group of friends that he’d been playing with since high school and who allowed him to freely contribute to whatever chaos they were cooking up, Patton was caught in the middle.  Not only did Mr. Bungle fold, but so did Faith No More.  Patton had been stretched thin and had become jaded by music industry expectations on a hit making group.  Luckily, we still have the three documents that Mr. Bungle left behind and Disco Volante remains the aberration it was always intended to be.  Thank you, Nathan and Sara!