Classic rock acts Loverboy and Great White were in Duluth, Minnesota, August 20, headlining the Buffalo Valley Music Festival. For all that’s great about the city of Duluth, we don’t get a lot of major music acts here, so the opportunity to have two outstanding bands just miles from home was alone worth celebrating. And they didn’t disappoint.

It’s easy to lump Loverboy in with the lot of 1980’s rock acts, but that’s not justice. The band had (and still has) a sound of their own, thanks to the vocals of Mike Reno and a lineup that’s remained constant throughout their tenure, save for the death of original bassist Scott Smith in 2000. The quartet of Reno, guitarist Paul Dean, keyboardist Doug Johnson and drummer Matt Frenette still anchor the band, and bassist Ken “Spider” Sinnaeve has musical connections with Frenette going back to the 1970s and their band, Streetheart. For all the acts that split, splintered and reformed, there are few that have kept it together and stayed together like Loverboy. They were beyond huge in the 1980s and it’s great to see them still delivering the goods all these years later. 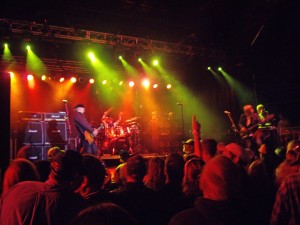 Loverboy opened with “Notorious,” a driving rocker from 1987’s Wildside album, and then it was just a blur of hits: “Take Me To The Top,” “Lucky Ones,” “Turn Me Loose,” “The Kid Is Hot Tonite,” “When It’s Over,” “Working For The Weekend,” “Hot Girls In Love,” and more. They also played a terrific new tune called “Heartbreaker,” which would have been a big radio hit back in the day. It’s got a cool Cheap Trick vibe and can be heard on the Loverboy website. It’s definitely a future classic.

I was struck by a couple of things during the set. First was how resilient Reno’s voice is and how well he is singing today. He’s still able to reach high and sing with power and passion. 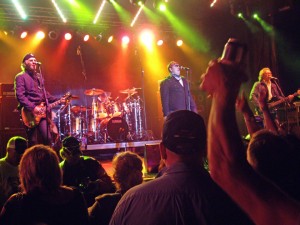 It was also cool to watch Paul Dean up close and follow his fingers during the songs – a very underrated guitarist. 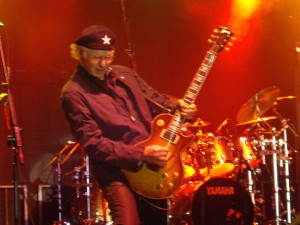 Frenette had a gorgeous Yamaha drum set and was a monster behind the kit. 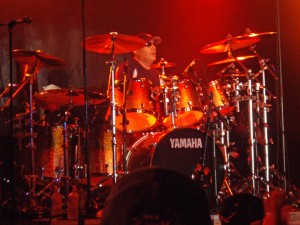 Where a lot of bands break for a drum solo, Frenette and Sinnaeve held down the stage with a meaty drum-bass solo combo. I loved Doug Johnson’s saxophone playing, too! 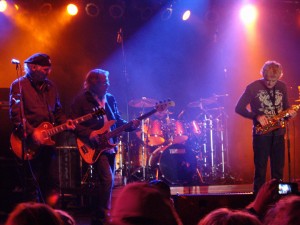 Ponce de Leon searched in vain during the 16th century for the Fountain of Youth. It was not to be found in the Bahamas or any tropical island. It wasn’t really “discovered” as much as created, four centuries later, during the 1980s. As I watched the bobbing heads and pumping fists of my peers, I could see the energy and spirit of hundreds of teenagers rising to the surface some 30 years later. That carefree love of life that can’t be put down by often-expanding mid-sections and hair loss was running wild throughout the night, and as Loverboy closed the show with “Lovin’ Every Minute Of It,” those in attendance sang along at the top of their lungs, joyously out of tune but in the groove. Yes, my friends, there is a Fountain of Youth. It is ’80’s rock. And there ain’t nothin’ like it.