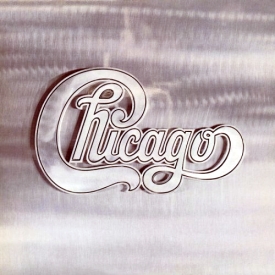 I can’t think of another rock band whose first two releases were double albums. Talk about ambitious! Chicago were that band, and their sophomore effort, Chicago II, is my favorite from the Windy City outfit. The opening “Movin’ In” features a fantastic horn arrangement and is one of many Chicago tunes that should have been a hit. And subsequent numbers “The Road,” “Poem For The People,” “In The Country” and “Wake Up Sunshine” portend a band not just discovering their sound but, really, inventing and perfecting the horn-driven rock approach.

Chicago II also contains a trio of the band’s most popular numbers, including the incomparably beautiful ballad “Colour My World” and “Make Me Smile,” which got cut for radio play, but here in its full glory we hear the incredible stick work of drummer Danny Seraphine. But it’s guitarist Terry Kath who shines brightest: His inspired soloing on “25 or 6 to 4” remains of the most remarkable achievements in the 6-string catalog. Little wonder he was held in high regard by Jimi Hendrix.