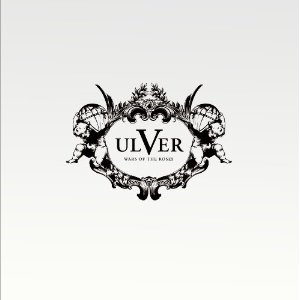 Ulver is a Norwegian band that has gone through one of the most severe evolutions of any band in memory.  Beginning as a black metal combo in the mid-90s, they’ve since eschewed that style in a shift towards a blend of programming, pop, and orchestrated progressive rock.  Their explanation of the abandonment of black metal is that it was but one of their projects and subsequent statements require different stylistic approaches.  Fair enough!  In any case, Kscope Records now provides them with a home for their U.S. releases and the fit, though unexpected, is perfect.

Ulver’s lineup has also seen an evolution and now consists of the quartet Kristoffer Rygg (aka Garm) on vocals and programming, Jørn Sv?ren handling miscellaneous instruments, Tore Ylwizaker on keyboards and programming and British multi-instrumentalist Daniel O’Sullivan.  Co-produced by the band and former This Mortal Coil director, John Fryer, Wars Of The Roses also makes use of numerous additional guitarists, percussionists, and vocalists, as well as strings and woodwinds players.  The music is often impossible to categorize and moves freely from atmospheric pop to stark sonic landscapes across the CD’s seven songs.  All told, it’s a dark thrill ride through a tunnel equipped with strobic bursts of light and where the track beneath you sometimes disappears completely.

As grim and spare as the CD can be, it’s most shocking moment is actually the one most grounded in reality.  “February MMX” rushes in as a modernized version of The Alan Parsons Project with a drummer ten times better than anyone that ever sat in with them.  That man is Tomas Pettersen and his command of the kit is more than impressive.  His stutter stop patterns continually propel the song along while synthesizers wash over us and a plaintive, distant piano provides the track’s base.  Garm’s voice is impressive as it swoops down, exclaiming “genocide is suicide.”

“Norwegian Gothic” could not be more different.  Bowed electric guitars, violins and clarinets creak to life and die once more while a haunting, ethereal synthesizer, military drums, and Garm’s vocals try in vain to slowly maintain a semblance of form.  “Providence” ushers in even more slowly behind it, again with piano and violin delivering a saddened progression.  Two guest vocalists, Siri Stranger and black metal outfit Mayhem’s singer Attila Csihar, provide beautiful performances.  The bowed guitar and clarinet contribute an unease that supports the haunted house program that ultimately chills the song.

The band opts only to use additional violin and Pettersen’s prowess on “England,” yet this cut is more chilling than what’s come before.  This is mostly due to Garm’s incredible voice which easily rises from low growling whisper to powerful, mid-range full voice to his higher range and back down.  The multi-tracked chanting, bell-like treated piano, resonating violin, and skeletal piano backdrop make for a track more than seven fathoms deep.  The album’s coup de grace, however, is fittingly the final track, “Stone Angels.”  A distant church organ is the only constant sound beneath a barely perceptible speaking voice.  The nearly fifteen-minute song‘s calm is occasionally shattered by squalling clarinetist Stephen Thrower (formerly of the group Coil), rolling crash cymbal, parade drums and more bowed guitar.  We feel as if we’ve been witness to some misty ritual once it’s ended, but the experience is singular and moving.

Wars Of The Roses will be available in early May of 2011, and I urge you to check out Ulver’s eighth studio album.  It’s a record that stretches the boundaries of “rock” music and falls more in line with art rock, rather than progressive rock, if “rock” can be used to describe anything save the first track.  I’m hoping the band finds a nurturing home with Kscope Records as they’ve certainly contributed to an already impressive roster of experimental and original artists on the label.  I was a devotee of Kscope prior to this release, but I’m now also anxiously looking forward to hearing more from Ulver in the years to come.