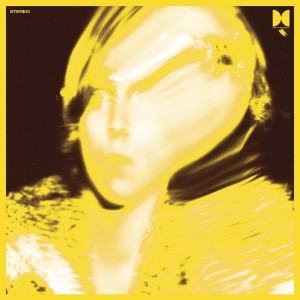 Sometimes it’s not much of a stretch for me when describing new artists that should be of interest to classic rock fans.  That’s especially true when talking about the music of San Francisco Bay area guitarist Ty Segall.  Segall is ridiculously prolific in this digital age, and his name is attached either as the main artist or as a collaborator on several releases from each of the last handful of years.  Aside from the old-school work ethic, which Segall maintains because he loves the recording studio, not because his record label is demanding new product every few months, Segall is also enthralled by old-school guitar sounds.  The Sonics, The Stooges, Hawkwind, Black Sabbath…  If Segall could capture the perfect blend of these sounds, he’d be in heaven.  Meanwhile, back here on Earth, we’re entertained as he strives to reach his goal, one three-minute experiment at a time.

Longtime Segall fans will tell you of several great jumping-on points for those initiating themselves at the Temple of Ty.  I can’t begin to tell you that one is better than another – depends on your tastes, really.  But my friend Rich took the plunge with last year’s Twins, released on the amazing indie label, Drag City.  Thanks for the loaner, Rich.  Here are a few thoughts that come to mind as I wrestle with human words to describe this otherworldly hodge podge.

Twelve songs in under 40 minutes is about the right pace for a solid garage rock album, and that’s primarily what we’re treated to on Twins.  Yet this is garage rock with the smarts that accompany a post-hardcore artist’s repertoire.  What I mean to say is that punk influences abound, and while they’re largely emblematic of what we’ve come to know as “garage punk/psychedelia” from the late ‘60s, the songs are performed by someone whose skills are built on the backs of several punk transformations over the decades.  Segall sounds like a dozen different guitarists all trying to outdo one another in sonic combat.  That’s on each song, not just across the whole album.  With Twins, he’s even dispensed with any fellow guitarists so he can really cut loose.  With a few exceptions, Segall handles all instruments on the record.

The introductory psycho-swirl that opens “Thank God For Sinners” moves aside quickly to reveal a bass guitar-heavy tune with a crashing, slashing, buzzed-up fury of guitar noises rolling over the top.  Segall’s voice is given a distant, cave-dweller treatment that offsets his thin, blissed-out kid delivery.  Meanwhile, the Floydian feedback and bottom end make a bed for some serious Blue Cheer mayhem.  He changes it up, however, with a just-too-much-behind-the-beat vocal, a heavily stomping rhythm, and a lemming stampede of guitars seeking to sacrifice themselves to the God of Reverb, on “Inside Your Heart.”  This one’s a bit more demented, a bit more drug-addled, and far more interesting.  Fans of feedback, please have your earplugs at hand!

While he specializes in this type of brainrot, Segall is also an amazing pop songwriter.  In fact, you might mistake some of his songs for leftovers from Nuggets if you’re not careful.  Or, once stripped of the dizzying effects, the songs may reveal themselves to be sickly sweet a la The Jesus and Mary Chain’s Psychocandy.  Good evidence of this comes with “Would You Be My Love,” which could have been an attempt at a hit by any number of American Beatles wannabes roaming the landscape some 45 years ago.  That is, if their record labels allowed fuzz bass and feedback on the outro.

Segall takes another detour on “Ghost,” with hovering harmony vocals illuminating the Apatosaurus on ‘ludes rhythm stumbling below.  Despite the song’s slow speed, the hooks are mighty and the guitars are straining to finish their statements.  This same pace is held on the record’s closing track, “There Is No Tomorrow,” where the persistent drone of the six-strings is scaled back somewhat.  Here Segall plays more with the vocals than the guitars, keeping most of the harmonies on the high end.  When he does get around to playing a solo, it’s relatively straight and simple.  He doesn’t, however, see fit to cast aside the mindbending bass, which stays up high in the mix and rumbles through your torso throughout the entire collection.

Rock music fans should feel good about the existence of a guy like Ty Segall.  He’s totally in love with what has come before him, but not enslaved by the need to perfectly recreate all that he enjoys.  He’s an innovator – looking for the sounds that we’d almost heard long ago, but that were somehow left to gather dust in some long-forgotten 1960s studio-laboratory.  And he isn’t content to sit back and collect accolades.  When the notion strikes him, he’s off to the studio to lay down some brand new ideas without anyone telling him that it’s time to do so.  Driven, clever, gifted.  We’ll be hearing a lot more from Ty Segall in the years to come.  After all, he’s only 25 years old and he’s already built a catalog that many classic rock artists would have been happy to develop over a 40-year career.  Makes an old rocker like me get a bit misty-eyed.  *sniff*