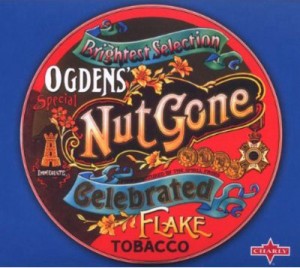 Long before en vogue, England’s Small Faces released the concept album Ogden’s Nut Gone Flake. Akin to a psychedelic children’s book written from a Cockney perspective, Ogden’s is a document of The Small Faces at their best, even though not one of its songs broke American radio. Equal parts R&B, Alice In Wonderland and British country weirdness, this lovable ramble still surprises 40 years after its release. “Afterglow (Of Your Love)” is arguably the band’s greatest track, with the folky acoustic into giving way to the organ-drenched main. But Ogden’s is replete with fascinating and gorgeous songs including “Long Ago And Worlds Apart,” “Song Of A Baker” and the Who-like “The Hungry Intruder,” with its gloriously indecipherable intro. It’s too commonly said that a particular album reveals more with each listen, but Ogden’s Nut Gone Flake is one such record. This re-issue tacks on 14 bonus cuts, including the band’s longest-lasting hit “Itchycoo Park” and lost classics such as “The Autumn Stone” with its swirling flute decorations and the relentless “Tin Soldier.” But it’s the exotic and intoxicating material from Ogden’s that steals the show here.