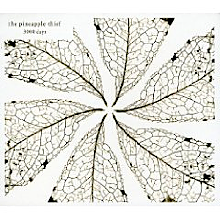 In May 2009, I was privileged to review The Pineapple Thief’s newest studio album, Tightly Unwound for ClassicRockMusicBlog.com.  At that time, I emphasized that the group was well on their way to expanding their fan base by signing to the British record label Kscope, a division of Snapper Records.  Now, in preparation for The Pineapple Thief’s eighth studio album due later this year, Kscope has assembled a career retrospective album in the double-disc 3000 Days.  With song lyrics and notations by group leader/vocalist/guitarist Bruce Soord in a CD booklet containing characteristically beautiful art and photography, this is a package that is meant to both bring a newcomer such as me up to date with all that has gone before and also entice long time fans with alternate and rare versions of TPT songs.  In short, if you’re not familiar with the group, and you’re a fan of music that pushes the prog-rock genre by incorporating a modern alt-rock approach, you need to buy this CD.  TPT’s music is really that good and here’s the proof.

The synopsis of TPT’s history is that Bruce Soord began recording as a solo outfit in 1999 called The Pineapple Thief, but quickly moved to bring in other musicians to expand on his ideas both in the studio and in a live setting.  With minimal alteration of the lineup, TPT is now a solid quartet featuring Soord, bass player John Sykes, drummer Keith Harrison and keyboardist Steve Kitch.  The title of this release, 3000 Days, refers to the length of time TPT has been in existence, starting from Soord’s first release Abducting The Unicorn.  3000 Days does not present the music in chronological order, but does place emphasis on songs that Soord felt he need to include in the collection as well as pieces that he knew he must include or face the wrath of diehard fans.

Some of the more revelatory inclusions on the collection include the closing track from 2006’s Little Man, “We Love You.” That song, at nearly nine minutes in length, begins with the sampled sound of a hospital ventilator and includes very simplistic lyrics dealing with the importance of small towns in a nation’s big picture.  There’s a slightly sinister undercurrent in the line “we need your soul to feed our world,” but that’s merely the beauty of a song that’s left to the interpretation of the listener. Soord’s vocals never rise above the sweet coo that he’s known for and even his monstrously impressive guitar solo is buried within the pulsing chords of a treated electric piano.  The song is a great example of how TPT can impress subtly without paying undue attention to the amazing performances they deliver.

“Kid Chameleon,” a track from TPT’s second release 137, in 2001, appears in a mildly extended version and is another exhibit of how Soord likes to say a lot by keeping everything simple. There are no more than 50 words to the lyrics of this seven-minute song and Soord is essentially the sole performer, singing, playing numerous guitar parts, handling the bass guitar and keeping it up high in the mix, and running an EMU sampler for bell tones.  The slide guitar lain atop his repetitive 6/8 acoustic base sets the scene for a work that’s regularly been performed live.  There’s no clear translation to the direction that Soord was going with the lyrics.  They seem to be about the need for community and personal interaction, but each listener could easily walk away with their own interpretation.  The overall vibe is more akin to something an artier shoe-gaze group would have released than anything performed by a more traditional prog-rock ensemble.

“Tightly Wound” is presented here in an acoustic version that appeared originally on TPT’s Dawn Raids EP in the wake of 2009’s Tightly Unwound.  Soord and I disagree on which version we prefer.  Soord likes the stark acoustic take with its simple guitar strum, piano chords, minimal string arrangement, and his beautiful voice, while I prefer the more bombastic elements of the original.  The lyrics are again cryptic and seem to point to the loss felt following an assassination or murder.  Nonetheless, the stripped back version here reveals that Soord is capable of conveying his emotions whether the song, any of his songs, come densely layered or are left bare.

Disc two ends with the massive 16-minute “Remember Us” from 2003’s Variations on a Dream.  Soord’s liner notes explain that the song is actually four songs that have been joined through a return to the “remember us when we’re gone” chorus.  The piece is primarily an instrumental and its complexity has prevented it from ever being performed live.  Longtime TPT fans would have demanded its inclusion on the collection and Soord felt thus obligated to acquiesce.  It’s not that he’s not proud of what he’s recorded, but he’s not returned to it in over six years and prefers it to speak for itself.  The music includes the craftsmanship that we’ve come to expect from TPT with Soord pulling out all the stops.  Soaring, wordless vocals, cleverly supportive drumming, and stacked synthesizer, piano, and guitar components demonstrate the characteristics that Soord would use with all recordings to follow.

While I could easily comment on each of 3000 Days’ 20 songs, space prohibits.  I can sum up my enjoyment of the second disc’s splendors by remarking that the song “Subside,” in only five minutes, manages to prove that Soord needs only the most basic of ideas to achieve grandeur.  Found first as the opening track on Variations on a Dream, it is perhaps the best introduction to all material presented by TPT.  A simply rendered horn and string section makes way for a chiming, complimentary guitar line and Soord’s swooping voice.  The rhythm section eventually joins and then retreats to strip the song back to its origin.  It’s a raw, beautiful moment in time that should easily lure an inquisitive listener to explore other TPT recordings.

Following Tightly Unwound, I became a devotee of Soord’s creations.  3000 Days serves to strengthen my opinion and whet my appetite for Someone Here Is Missing due later this year.  If you’ve not heard The Pineapple Thief before, this collection will also serve to indoctrinate you into the band’s growing cult.