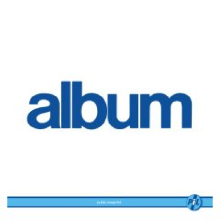 Continuing on with reviews of releases in Rhino Records’ high quality, 180-gram vinyl reissue series, we visit John Lydon’s Public Image Ltd. and their collection from 1986, Album.  Depending on the format in which you were listening to this recording, you heard either album, cassette or Compact Disc.  Since this review pertains to the vinyl reissue, well, you get the picture.

By the mid-80s, John Lydon was facing the disintegration of yet another band.  The Sex Pistols had begun to fall apart well before the tragic death of Sid Vicious, but Lydon’s post-Pistols group, Public Image Ltd. was also becoming a victim to egos, in-fighting and drug abuse.  With the departure of guitarist Keith Levene, bassist Jah Wobble, and even drummer Martin Atkins for various reasons in the years just before the recording of Album, PIL had become not so much a band but more of a trademark owned by Lydon.  As Lydon had become disinterested in continued collaboration with the same group of musicians, he was now freed up to fully embrace his muse without acknowledging stylistic expectations.  He entered into the studio with a head full of uncharacteristic ideas and one of the most bizarre collections of musicians courtesy of the connections held by producer Bill Laswell.

Laswell had already made a mark for himself as a producer (Herbie Hancock’s Future Shock) and through recordings by the rotating ensemble known as Material.  Friendships made with a diverse cast of professional musicians allowed him to pull performers based on the dictates of the song.  The desires of both Lydon and Laswell to experiment could easily have resulted in disaster and the sessions proved to be far from harmonious.  Yet the finished product, named via Lydon’s usual nod to sarcasm and self-deprecation, was one of the most exciting releases in either man’s catalog.

Exploding from the speakers with lead track, “FFF” (short for Farewell My Fair Weather Friend), there is no doubt that Lydon intended to challenge any previous notions of what PIL was all about.  Longtime Laswell cohort, guitarist Nicky Skopelitis delivers a metallic blast beneath guitarist Steve Vai’s ridiculous perversions.  Jazz drummer Tony Williams throws all swing aside in favor of knucklehead poundage.  Mahavishnu Orchestra bassist Jonas Hellborg also delivers some rather meaty bottom end as Bernie Worrell and his organ provide the glue that binds the piece together.  Over this cacophony is Lydon and one of his most aggressive deliveries, spewing venom regarding what is surely not an imagined betrayal.  “FFF” may also be taken as a curse to a fickle audience.  Lydon’s doing his own damn thing here and you’re either with him or you’ve bailed after the first few notes.  Those that stuck around were in for even more surprises.

Can Lydon sing?  Many believe that Lydon’s contribution to popular music was in showing how to put a voice to a sneer.  Yet on the chorus of “Rise,” after describing torture techniques used to repress freedom of action and speech, Lydon sings (in multi-tracked harmony) his blessing, “May the road rise with you.”  All this to a Celtic-flavored guitar delivery from Skopelitis, surging bass from Hellborg, and a mechanical march beat from Williams.  Vai again demonstrates why Frank Zappa had credited him with “impossible guitar parts” and “strat abuse” on records such as Them Or Us and You Are What You Is.  The plodding metal drums are also performed by Ginger Baker on “Fishing” as Ryuichi Sakamoto uses some Fairlight programming to set mood alongside Skopelitis and Vai.  Vai’s solo on the outtro is amazing and leaves a different taste in our mouths after we’ve devoured Lydon telling us to “crawl back into your own dustbin.”  “Round” rounds out side one with Lydon ranting about ignorance and mushroom clouds on the horizon.  He’s gone global in his criticism of Cold War politics just as the sound of PIL has expanded with ethnic flavorings.  The use of African pot drums and Shankar’s violin make for a dark feel previously unexplored by Lydon, but well known to fans of Laswell.

Side Two begins with “Bags” and Lydon chanting about black rubber bags to Baker’s robot-metal beat.  Sakamoto is also present as is Art Ensemble Of Chicago bassist Malachi Favors.  By now the guitarists have set a standard with Skopelitis’ stinging chords as the basis of the track and Vai freed up to puncture everyone else’s eardrums.  “Home” follows with an anthemic, arena-rock feel and some great, fretless bass work from Hellborg.  The song is “Kashmir” via Joe Satriani; not at all what anyone would imagine Lydon to take part in willingly.  Album closes with “Ease” and brilliant performances by both Skopelitis and Vai.  “Ease” is a lengthy number featuring didjeridu courtesy of Steve Turre and very deep voices that could not have been performed by Lydon but are credited to no one else.  The last several minutes of the song exhibit one of Vai’s most incredible and emotional solos. The fadeout leaves us feeling angry and saddened in a perfect summation of the record.

Album is one of the best records from the 1980s and has been criminally overlooked in the decades following its release.  I’m rather shocked to see Rhino choose this one for its 180-gram treatment, but very glad to have it in my collection in this particular format.  The diverse sounds chosen by Laswell and Lydon need to be experienced fully in playback and Rhino has done a great job acknowledging the studio accomplishments of Album.  Much of the lack of attention devoted to this record over the years can be blamed on Lydon and his desire to release a recording with a generic name and generic packaging lacking studio credits and even song timings.  You came to this record with an appreciation for Lydon’s poisonous view and delivery or you didn’t discover this record at all.  Understanding this, we can see that Lydon and Laswell, despite their incongruous backgrounds, are musicians with a respect for the artistic statement above all else and very little desire to cull fame and fortune except to pay their bills and feel good about a job well done.