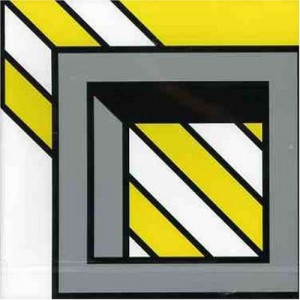 I’ve been a sucker for 1960s garage bands with a psychedelic or proto-punk leaning since first hearing a buddy’s copy of the Nuggets collection way back in high school.  While I wouldn’t consider myself a manic fan of this genre, I do try to remain open to long lost bands from this era.  Over the years, I had heard mention of an excellent band from Amsterdam called The Outsiders whose music had remained criminally unreleased in the US. I was happy to see the excellent UK reissue label Cherry Red had taken it upon themselves to print The Outsiders’ 2nd full length (3rd release overall), CQ on CD with live bonus tracks.  Despite being an import, the price was very reasonable and I took the plunge.  Good move, Mark!  The hype had proven true.

Collectors of rock records released in non-English speaking countries are often surprised to find that the lyrics are sung in perfect English.  Such is the case with CQ.  If you hadn’t read that The Outsiders were Dutch, you’d have no idea from listening to their music.  CQ holds up favorably to most ‘60s garage/psych classics and should have done well in the States, but fate had a different plan.  The combination of Polydor’s lack of promotion in Europe and the band’s decision to include no titles or credits on the record cover pretty much doomed the release to stay on only one side of the Atlantic (and be held to a small press batch).  Hey, it was the ‘60s!  Most record labels were still trying to figure out how to market different varieties of rock music and artists had lots of bizarre notions of what might entice kids to buy their records without hearing them first.  So, CQ is a document enjoyed by small numbers, although it’s rife with very original takes on the rock and pop coming out of the US and UK at the time.

By 1968, and after a couple of lineup shuffles, The Outsiders had settled into a quartet consisting of singer Wally Tax, guitarist Ronnie Splinter, bassist Frank Beek, and drummer Leendert “Buzz” Busch.  They’d been hard pressed to break out beyond the club circuit and they decided to enter the studio one more time.  However this time they insisted on producing their own record and barring anyone from the booth except their sound engineer.  This sort of creative freedom was seldom granted, but the band capitalized on it.  The songs are really all over the map stylistically, but there’s a rough and wiggy vibe that permeates the entire release.  Launching with the demented and fast-paced surf music of “Misfit,” CQ shows a group that’s in full command of their instruments and looking to present something altogether different from what run of the mill copycat bands were cranking out.  Tax’s voice sounds as if it’s sped up (it’s not) and stays, echoing, amidst the music rather than up above it.  Splinter, laying down multiple rhythm parts and a daring solo, employs little distortion, relying instead on his skill as a musician to define his sound.  “Buzz” is completely amazing, whether dropping spot-on fills or thundering backbone.

The band gets hauntingly dark on the title track, a song that wouldn’t have been out of place on Pink Floyd’s Ummagumma.  “CQ,” an amateur radio operators’ term for trying to find a fellow operator (“seek you”) never actually coalesces into what we might call a tune; it’s more of a sonic experiment.  Tax is broadcasting a call from “the captain” and asking “do you receive me?” repeatedly.  Behind him, guitars and basses are meandering and moaning while snare drums rattle before an atomic bomb explodes.  This is life post-apocalypse and it’ll creep you out as much as it lures you in – just like the best psychedelia should.  Speaking of creepy, “Daddy Died On Saturday,” despite its harpsichord and major key, jumps headlong into a fairy tale of murder.  Tax blows a wicked harp solo to close the book.

Many of CQ’s songs are short, yet are still fascinating and never sound clipped.  “It Seems Like Nothing’s Gonna Come My Way Today” tries to be a blues, but the 12-string guitar and distant percussion derail that train.  Tax’s harmonica and a tasty Splinter solo are the only elements that are remotely bluesy.  “Happyville,” again with Tax on harmonica wants to be a smiling pop rocker, but it’s far too sarcastic and Splinter’s strumming is far too quick.  It instead bounces back and forth between another surf-inspired basher and a sunshine daydream.  “You’re Everything On Earth” could be a lost Robyn Hitchcock song, with its sweet Rickenbacker 12-string, low key vocals on the verses, and sad, but higher register voice on the chorus.  The chord changes seem too “British” and there are no harmony voices, otherwise I’d be making a comparison to The Byrds instead.

There are other devious deviations throughout CQ, but I want to mention the live bonus cuts before I run out of time and space.  The set was recorded live on New Year’s Eve in 1968 and they are very revealing.  The Outsiders could have chosen to run wild with studio trickery, what with no outside personnel allowed to infiltrate the building during the CQ sessions.  But the live versions of the songs reveal that their ideas were fully formed songs before the tape ever started rolling.  The band is tight and the songs are not drastically different from their studio counterparts.  This is especially true for “Daddy Died On Saturday,” “Misfit” and “Happyville,” which have a keen edge when performed on stage.  But the true revelation is found on “Prisonsong”, another tale of murder and its looming repercussions.  Starting with a kind, Beatlesque guitar line, Tax soon runs away with a monologue describing his thoughts during a flight out of and back into mayhem.  When Splinter and “Buzz” decide to cut loose, they’re putting future punk rockers to shame—super-fast and unbelievably tight.  The song, while a mini-epic on CQ is reproduced, enhanced, and vastly improved in concert.

I urge anyone that’s into ‘60s garage rock to look beyond the well known US outfits and give these boys from The Netherlands a try.  CQ is gnarlier than your Nuggets and more powerful than your Pebbles and shines quite well some 43 years after its initial release.  It’s a shame that it took me this long to mine an affordable copy of this little known gem.