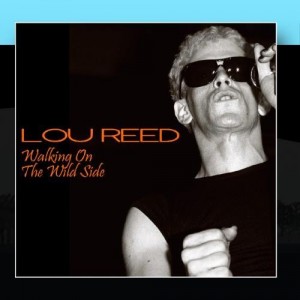 The late 1960s and early ’70s found Lou Reed on a creative tear. Coming to light first with the  incalculably influential Velvet Underground before venturing off onto a solo career that continues to the present, Reed spun tales of the grittiest sides of New York City, bringing to life hustlers, hoods, drug dealers and transvestites, among others, while pulling no punches. Walking On The Wild Side is an early “best-of” live album recorded for radio broadcast while touring behind Transformer, gathering 11 Reed gems from both his Velvet Underground days and first two solo albums.  Beyond Reed’s best-known tune, “Walk On The Wild Side,” are 10 tracks ranging from the full-throttle attack of “White Light White Heat,” the three-chord slide of “Sweet Jane,” the ethereal float of “Satellite Of Love” to a dream-like retelling of “I’m Waiting For My Man.” More than anything, these early live performances demonstrate Reed’s love of pure rock and roll – just guitars, bass and drums thumping out the beat. And he sounds more content here than he would for many years to come, even letting folks know it’s OK to clap during “Rock ‘N’ Roll.” Splitting the tracks is an interview where Reed discusses recording Transformer with David Bowie and Mick Ronson, his Velvet Underground days – with an incredibly biting comment about former bandmate Doug Yule – and the story behind writing “Heroin.”

2 thoughts on “Lou Reed – Walking On The Wild Side”