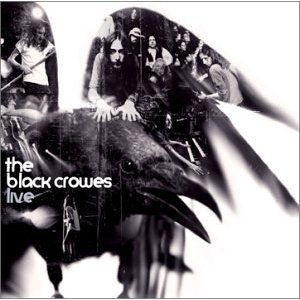 At the time of these recorded performances – back in 2001 – it looked like The Black Crowes were done. They toured under the “Farewell” sobriquet, and lead Crowes, Rich and Chris Robinson, were barely speaking to each other. Still, the band played on and dug deep into the catalog to showcase the many nuggets along such proven favorites as “She Talks To Angels” and “Hard To Handle.” The 19 songs comprising Live were culled from a series of shows and sequenced into a near-perfect running order.  The opening “Midnight From The Inside Out” is one of the hardest rockers the Crowes ever wrote, and Chris Robinson delivers it like he’s singing for his life. The tempestuous “Sometimes Salvation” flows into the spectacular “Cursed Diamond,” a brutally honest look at the dualities of a musician’s life. The soulful “Girl From A Pawnshop” and the psychedelic sludge of “Cosmic Friend” are two chestnuts that should send the casual fan back to investigate the overlooked studio albums Three Snakes And One Charm and Lions. The downside of the recording is the sound quality – it’s not great, but nowhere near as bad as its detractors have suggested.