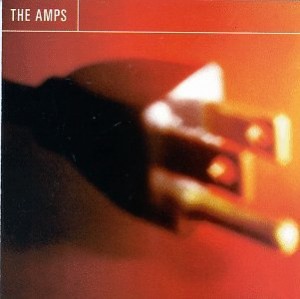 Fans of the Pixies are also pretty hip to longtime bassist Kim Deal’s “other band,” the Breeders.  But I’ll bet that the only release from Kim’s “other other band” slipped by under the radar for most of those fans.  In 1995, after a brutal tour schedule supporting the Last Splash album, Kim decided to give the routine a break and make a solo record.  Once her twin sister, Kelly, came on board, the project began to morph into something different.  Once Kelly had stepped back out again, Kim had been referring to the project as “Tammy and The Ampersands,” which was later shortened to “The Amps.”  Released on the impeccable 4AD label, home to both the Pixies’ and Breeders’ records, Pacer was issued to completely polarizing reviews.  Journalists either seemed to love it or hate it – nothing in-between.  So, what was Kim doing so differently that caused people to form such strong opinions?  Let’s take a closer listen.

Anyone who’s remotely familiar with the material on Pacer has likely heard the track “Tipp City,” and that song would give you a pretty good idea about what else the band had laid down in the studio.  It’s a four-chord garage ditty with sometimes severely distorted vocals.  The guitars are attacked sharply and their tones ring out into a near drone.  Kim’s sweet, girlish voice squeals on the chorus and evokes a sing-songy boredom on the verses.  The listener can’t deny that Kim was having a blast, and taking some of the pressure off from the Pixies/Breeders whirlwind.

Some of the worst criticism of the album mentions that the songs seem to be only half-crafted and unintentionally sloppy.  To me, that’s giving Kim Deal far too little credit.  In interviews, she’d explained that her main focus of the album was the vocal parts, and she’d admitted that without them the songs may seem thin.  Given then that those vocals are not always crystal clear or floating on top of the mix, the critics turned on her like rabid dogs.  Sad.

To these ears, Kim was more concerned with the immediacy of making a record than in crafting the pieces with ornate structure.  And that “basement jam” feel to Pacer only increases its appeal.  When the band stretches out on the album’s longest cut, “Bragging Party,” there’s more slightly-buried guitar wankery than elsewhere, but not much change in direction.  A steady eighth-note pattern in 4/4 from the band provides a frame for Kim’s meandering voice, but the song is rather devoid of hooks – by design.  Skittering into “Hoverin,’, with an amateurish drum pattern that proves its intent to fake us out by ending the phrase with a drum roll, the guitars get louder and the vocals more enigmatic.  Someone was having too much fun tweaking Kim’s voice to apply echo or to freeze it on a syllable.  Strange, yet intriguingly so.

“First Revival” ushers in Side 2 with much of the same – loud, uncomplicated guitars with simplistic rhythms and bright yet simmering voices.  “Full On Idle” changes it up, however, with a polka stomp backbeat, and cleaner guitars and vocals.  Kim’s vocal range is not expansive, so if you’re waiting for that big emotional swoon to kick in somewhere, you’re going to keep on waiting.  At times, she’s wielding a monotone recitation which is a signature style, even on her Pixies tunes, that endears her to her fans.

The weirdo voice award goes to “Empty Glasses.”  To open the song, Kim harmonizes with herself in a raspy “woo-hoo” that proves a bit unnerving.  Soon afterwards, the song evolves into a hollowed out pseudo-punk basher that’s over before we know it.  As it goes throughout the record, songs roll past in bewildering order with no clue as to a unifying concept and no remnants of unprecedented showmanship to carry along with us as a recurring brainworm.  This is not a pop record.  I’d file it under “experimental,” if that’s even a category.

So, Kim went back to the Pixies and ended up conquering the world before resigning once more.  Even when she was with them, her fans kept demanding to hear more and more from her, even though her contributions to Pixies albums consisted of about one song on each.  But those fans know that Kim Deal has something entrancing about her songs, and with the Pixies being Black Francis’ band, she wasn’t given much room to step to the fore.  She’s now a free agent again, and we’re likely to hear more refreshing and pleasantly challenging releases from her before too long.  But seriously, go track down Pacer, if only because you enjoy all the records from other side projects of the Pixies camp.  Your collection isn’t complete without it, and you’ll be happy to hear 12 more reasons why we appreciate Kim’s music so much.