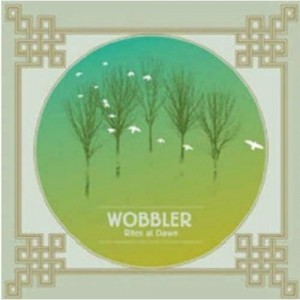 Wobbler is a five-piece progressive rock band hailing from Norway that has just released its third album, Rites At Dawn. The seven-track disc is a feast for fans of early ‘70’s progressive rock. Threads of bands such as ELP, Gentle Giant, Genesis, Jethro Tull, King Crimson, Nektar and Yes run throughout Wobbler’s music, with plenty of time, melody and mood changes. A large part of the Wobbler sound comes from the formidable instrumental array of keyboardist Lars Fredrik Frøislie, whose lineup includes Mellotron, Chamberlin, Hammond C3, Arp, Rhodes, Korg and Wurlitzer machines. If you like old-school analog sounds, Rites At Dawn is a must listen. As well, guitarist Morten Andreas Eriksen plays a variety of guitars, letting the individual tonal qualities of axes made by Fender, Gibson, Martin, Guild and Jay Turser color the songs. Vocalist/lyricist Andreas Strømman Prestmo sounds a bit like Jon Anderson but has his own sound and a range that allows him to sing lead as well as tenor and countertenor harmonies. Prestmo is the newest member of the band and his talents solidify the Wobbler identity. The rhythm section of bassist Kristian Karl Hultgren and drummer Martin Nordrum Kneppen is a very good one. Hultgren adeptly anchors the band, playing strong lines on Rickenbacker and Fender jazz bass, and Kneppen displays great creativity with succinct and precise fills across the record, never overplaying or just killing time. The result? Rites At Dawn is the best Wobbler album to date. The music has a natural flow and arc that connects the whole work. The longest cut, “In Orbit,” is 12 & ½ minutes but goes by quickly – as do the rest – thanks to strong melodies and compositions and deft arrangements. If you’re interested in watching the band put it all together, more than 20 videos are posted on Youtube of “Recording the Third Wobbler Album.” 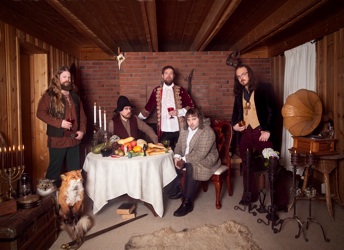 ClassicRockMusicBlog spoke with Wobbler’s bassist and saxophonist, Kristian Karl Hultgren, about his musical background and Rites At Dawn.

CRMB: Tell me about your musical training.

Kristian Karl Hultgren: My musical training started with playing saxophone in my primary school’s marching band and then playing in a big band in the area where I grew up. Later I got a bit of church organ practice at a local church and much later on I studied music/musicology at universities in Bergen (on the vest coast of Norway) and Oslo and took private bass guitar lessons. But the main musical training for me, as for the rest of Wobbler I guess, started with and continues to be self-teaching and playing in lots of bands – and listening to music of course.

Was there a particular album that you heard that made you want to play progressive rock?

Definitely Close to the Edge by Yes and The Passion Play by Jethro Tull. I heard both for the first time when I was 12 or 13 and it changed everything. Hard to pick just one album.

It’s practically non-existent on a national scale, but there are several progressive bands scattered across the country. Some of them come to the surface and have a concert now and again, but I wouldn’t call it a “scene” as such. The venues are usually small and the attendance is not very great. But there are also a lot of people devoted to progressive music that do show up.

Were there any Norwegian or Scandinavian prog bands that have influenced Wobbler’s music?

I think bands like Änglagård and Anekdoten from Sweden; Popol Ace and Høst (Autumn) from Norway in particular influenced us a lot when we first began making progressive rock music.

Is it difficult to avoid influences when writing music?

That’s a tricky question. A lot of Wobbler’s music is described as “retro” or even “blueprints” of other bands like Änglagård, Yes and Gentle Giant. Of course we have listened extensively to those bands, because that is the kind of music we (also) like. But I think people would be surprised if they knew what kind of influences we hear in our own music. A lot of it has an Italian flair as well. I’d say it’s more difficult to write music that make the audience think of as “not influenced” than it is for us to avoid influences when we compose. It seems that the audience wants us to be in the vein of the old great bands more than we would say (or feel) we really are. When you’re composing “symphonic” progressive music its hard to avoid structures, chord progressions and melodies that are not reminiscent of other bands. The same goes for classical music (within one historical period) in a sense. But we’re trying to carve out our own musical figurine from the aural forests in our minds.

How would you describe your role in Wobbler?

Musically my role as bass player is to be the link between the guitar and keyboard and working along with the drums to make a consistent whole. That said, I strive to make that link as interesting and complex as I can without stepping on the others toes or diminish the overall impression and feel of the composition. Besides that I compose music for the band, write lyrics occasionally and arrange our songs as 1/5 of the band.

Steve Hackett has described the acoustic guitar as “a synthesizer – a synthesis of the forest, made from woods of lots of different types of trees. And when you play it, you put the leaves back on the trees.” That seems like a good description of the sound, words and artwork of Rites At Dawn.

Rites At Dawn can be described as rather “organic” in its concept I guess. And the reference to nature and trees and so on are apt. With Rites At Dawn we tried to provide a notion of the cyclical nature to which we all are a part, not just as human beings consigned to one life span, but as part of the continual existence of nature and culture through birth, death and rebirth, including history, myths and the animal kingdom. Without riding the hippie wagon into town. The album is conceived in a more philosophical and emotional vein than just peace, love and happiness, I guess you could say.

How would you compare Rites At Dawn with Hinterland and Afterglow?

Rites At Dawn is an album that’s based much more on concept than the two previous ones. The music is also much more thoroughly based on chord structure and general flow. I’ve read some reviews stating that the other two albums were much more based on themes “starting and stopping” then to repeat that over again through the composition, and I think there is some truth in that statement. Especially on Afterglow you could say that the songs are made in this fashion. We still think both the earlier albums are good, and we’re very satisfied with them, but for now its something about the freshness of Rites At Dawn that excites us. But just for the record, the song “Hinterland” is actually much more based on chords and melodies being repeated and developed (sometimes in a very “hidden” fashion) than most reviewers seem to consider or discover.

Rites At Dawn is also an album that work very well (we think so at least) because of Andreas, our new vocalist. He wrote most of the lyrics and made vocal lines we didn’t even think possible when we started to compose the music. Wobbler is in a deeper sense a “full” band now, because of him, and he’s a great musician. Overall maybe Rites At Dawn is a more mature album, but sometime in the future we’ll probably deviate somewhat from the sound of Rites At Dawn as well, while hopefully retaining a Wobblerian core.

The band photo reminds me of Jethro Tull’s Song From The Wood back cover. Was that intentional?

Not really, no. I guess it’s the clothing, the old fashioned style and the rather pastoral setting that brings Tull to mind. Besides, we have an owl and a tame fox, Mr. Anderson seems to prefer dogs, unfortunately we didn’t have one available. But it’s a very nice compliment. Jethro Tull has for some of us been character forming in our teens growing up in the country side. And if you ever read this Ian Anderson, Morten and Kristian thank you for that! Keep the little fires at midnight burning! (and contact us if you want us as supporting act 😉 Though there seems to be a resemblance between the lyrical motives on Songs From The Wood and Rites At Dawn, that is purely coincidental, but very nice nevertheless.

You filmed the recording process and posted it on Youtube in a series of videos. Was there anything about your playing or the band that you learned from that?

We learned that we do look a bit odd and that we sometimes say a lot of things not necessarily comprehensible to the general public. I suppose we discovered that we can gain a lot by speeding up the recording process even further as well. And that we need to film even more. At some point there will be a Wobbler movie titled Life of Wobbler; A Passion Play in the Abstract….with bells and whistles. It’s nice to have documented the process, as we humans tend to forget the immediate, the fun (and the sometimes frustration) of it all. Besides it gives a sense of continuality as a band to have this footage. Regarding our playing we’ve not sat down and analyzed it, but maybe we will do that some time in the future.