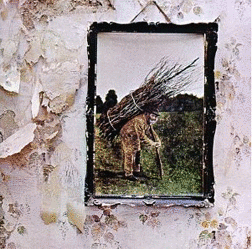 Over the next 25 days I’ll showcase a great moment in rock drumming from 25 different drummers. These are often songs that typify a drummer’s style and in some cases might be considered a “signature” song. They represent a broad range of techniques, musical styles and skill. Some are obvious, some less so and, others, possibly, are total surprises. These are not intended to be the greatest 25 or the only 25, just some of the highest percussion highs in rock and roll. So, let’s begin. Drum roll please!

Across the musical board of Led Zeppelin, John Bonham laid down a backbeat that would require a bulldozer to plow through. On Led Zeppelin IV, Bonzo shines throughout, but I chose “Misty Mountain Hop” for his use of space – he plays ever so slightly behind the beat – and drumming so big, so powerful that it threatens to shake the foundations of Valhalla.