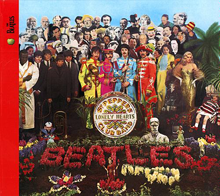 25 Great Moments in Rock Drumming – Day 10: Ringo Starr, “A Day In The Life,” from Sgt. Pepper’s Lonely Hearts Club Band by The Beatles

It’s easy to overlook a drummer like Ringo Starr, particularly in a band where the music’s melodies and harmonies figure so heavily. Starr rarely plays anything flashy, but he just gets it right. “A Day In The Life” is full of understated drumming, as Starr plays a series of creative fills, imparting slight variations over each lyric. The effect is subtle and transient, like the song itself.

One thought on “25 Great Moments in Rock Drumming: Ringo Starr, “A Day In The Life””