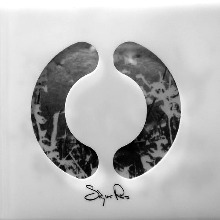 What do we make of a recording that has no title, no album credits, no song titles, and minimal cover art?  This is the product delivered to American audiences by the Icelandic post-rock quartet Sigur Ros in October 2002, and which is commonly known as ( ), a title taken from the cut-out section of the CD’s plastic jacket, which resembles parentheses.  This album first caught my attention upon its release due to the pastoral beauty of the untitled 4th track (also referred to as “Njósnavélin”) and has been on my “must purchase” list ever since.  If you’re like me, your “must purchase” list contains far too many items to acquire in a human lifetime, but ( ) has haunted me until I picked it up earlier this month.  The purchase did little to dispel the ghostly nag within my brain and has instead created more intrigue.  While ( ) is not considered a classic rock album by most listeners, and can hardly be considered “rock” most of the time, it points a direction toward the future of music and draws from elements presented by artists such as Brian Eno, Radiohead, and early Genesis.

With no information to guide you through your first listen to ( ), you have no choice but to immerse yourself in the sounds and discern your own meaning.  Now, I can’t speak Icelandic and wouldn’t know if someone was speaking the language let alone singing it.  It turns out that I don’t really need that skill anyway.  What I thought were lyrics in an established foreign language with which I had no familiarity was, instead, an entirely created language named “Hopelandic,” by the band’s singer and guitarist, Jonsi Birgisson.  ( ) is not the first Sigur Ros release to feature “Hopelandic”, but it is the first to capitalize on the use of syllables in combination with the vagaries of the album concept to produce a record that’s meaning is left completely up to the listener and for which meaning will vary from fan to fan.  On top of that, Jonsi’s delivery incorporates a high falsetto that occasionally peaks in squeaks.  He does, however, have his fall back “words,” especially the syllable combination “ee-sigh-oh,” that are intended to produce some commonality in order to differentiate from gibberish.

I know that I’ve shaken at least half of my readers at this point.  That’s cool.  This release is definitely not every cat’s meow.  But have no fear; I’ll get back to the ROCK later.  And for those of you still with me, you’re either wondering if I’ve gone off the deep end or else you’re intrigued by this mysterious document called ( ).  Well, my toes may be hanging over the edge of the pool, but there’s plenty of substance on this record to attract more than me alone.  Please allow me to explain.

Track 1, also known as “Vaka,” begins with a simple, repeated piano chord progression supplied by keyboardist Kjartan Sveinsson and is joined shortly thereafter by Jonsi’s echoing choral voice.  A string section is added to the mix as Jonsi dispenses with the echo and presents full voice syllables before ramping up to his trademark falsetto.  Although the tunes build in complexity over the course of the record, “Vaka” sets the tone and alerts us to the fact that ( ) intends to be more of a thought guide than a collection of songs.  Six and a half minutes float by like clouds hanging overhead at daybreak.

The first half of the album’s eight cuts are generally more calm than the remainder, but the aforementioned track 4, or “Njósnavélin” if you prefer, starts to hint that Sigur Ros was once a rock band.  Bass and drums courtesy of Georg Holm and Orri Pall Dyrason respectively are more prominent, but the pace remains slow and the music ethereal.  The term “post-rock,” used to describe music that involves traditional rock instrumentation but steers clear of the conventions of the blues, jazz, and country backbones of rock music, is epitomized by the sounds on track 4.  We’ve heard this approach, with differing effect, from Chicago’s Tortoise and the disparate King Crimson-affiliated projects, but Sigur Ros take the course more commonly pursued by classical composers.  However, such composers also rely on conventions that are avoided by this band.  Just as Iceland remains its own microcosm, with its unique volcanoes, geysers, glaciers, language, and lifestyles, Sigur Ros is as different from anything else found in popular music.  Dyrason’s orchestral beats and Jonsi’s chiming reverb, enhanced by the use of a cello bow pulled across the strings, blend with the otherworldly keyboards and French horns that make up the guts of the piece.  Jonsi’s presentation is truly beautiful as he hangs with his voice’s middle register.  The song is broken at various intervals by majestic organ, odd voice samples, and tinkling music box electric piano elements.  Eventually all sounds drop out of the mix and we’re left with Jonsi’s pleading “Hopelandic” as a prelude to a full 30 seconds of silence.

Track 5, or “Alafoss,” is dark as a cave and saturated by a sense of menace, dread, and sorrow.  Dyrason keeps time as the minutes crawl by, but Jonsi sounds as if he’ll burst into tears at any moment.  The music relies on more of the band’s devices than on the use of strings or horns as found elsewhere.  Nearly 10 minutes of gloom will easily have you recalling memories that either should be faced before you can proceed with your life or that will drain your soul if dwelt upon unduly.  The bass and organ draw from something that may have been left on the machine during a Pink Floyd session, circa 1971.  Call this “rock” if you will, but it feels more like something summoned from an unholy dimension.

Track 7 and 8 (“Dauðalagið” and “Popplagið”) are the two longest pieces on the disc, both topping out over 10 minutes in length.  On seven, the band is again toying with rock music, and on a collection from any other group, might be considered to be the experimental gloom ballad that offsets more traditional rock fare.  On this record, it is the embodiment of angst and pent anger which Jonsi channels through a foghorn effect created by his guitar and the cello bow.  His voice is more the wail of a dying Norseman, rising to cacophony and buoyed by thundering drums and crashing cymbals.  The bass tones maintain the song’s ebony chord changes and never veer off course.  Track eight, by contrast, is the noise of a fallen spirit soaring beyond the material world.  Jonsi’s reprise of “eee-sigh-oh” and his gently plucked electric guitar offer moments of grounding, but the reverb and echo soon spill over into a slowly strangled solo and battering percussion before returning periodically and triumphantly.  The darkness this time reinforces where previously it crushed the listener.  It’s a sort of heroic tale and easily the most “rock” of anything found on ( ).

If the heavy metal band Sleep could be considered rock music, if Tiny Tim could be considered pop music, and if Frank Zappa’s orchestral pieces could be found in the rock bins, this record can also be considered a rock album and it’s absolutely classic in its scope and accomplishments.  And just like all of those artists will have people either hate them or love them, Sigur Ros draws its own line in the sand and dares us to cross.  If you decide to take the journey, you’ll experience an album that’s a modern day masterpiece and which may employ techniques that seem commonplace decades down the road.  For these reasons, fans of Classic Rock ought to at least make an attempt to broaden their placid horizons and let ( ) guide their thoughts for a time.  I rest my case.  “Ee-sigh-oh.”