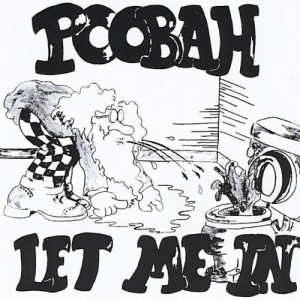 We record collectors are sometimes guilty of basing the value of a platter solely on its scarcity. Rarities will always have buyers, but just because an LP was pressed in limited quantities or exposed to a regional market only doesn’t make it valuable (at least to me) unless what’s within the grooves has something to say. Youngstown, Ohio, power trio Poobah‘s 1972 debut release, Let Me In, has long remained a prized platter among collectors of early hard rock. If you weren’t able to shell out a few C-Notes for an original pressing, Ripple Music is bringing the ‘bah straight to you again – and then some. Vinyl lovers can dig into a now twin-LP package with 10 bonus tracks; the remastered CD comes stacked with a dozen bonus cuts. But it wouldn’t mean diddly (Bo or otherwise) if Poobah didn’t have something to say, and they do it loud and proud! Flanked by bassist Phil Jones and drummer Glenn Wiseman, Gustafson unloads riffs that rage with Black Sabbath-like fury and then glide with the bucolic joy of Phil Keaggy‘s Glass Harp. This isn’t mere testosterone-fueled heavy rock, it’s the work of an overlooked six-string guitar tyrant and chums who never found the big time yet played as if they did. I won’t spoil the opener of “Mr. Destroyer,” but be ready to have your head taken off when the band kicks in. It’s long overdue.

One thought on “Poobah – Let Me In”