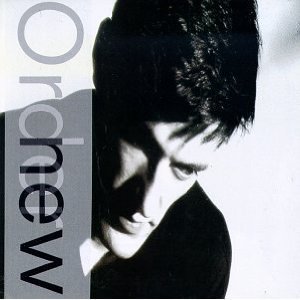 British alternative dance pop stalwarts New Order were still trying to craft a formula for success in 1985.  Their third album, Low-life, found them evolving past the darkened post punk of their previous incarnation, Joy Division, to incorporate more electronic elements without yet completely abandoning rock and roll.  Subsequent releases would see them experimenting with taboo disco approaches and then being embraced by the global dance remix culture.  Their penchant for releasing non-LP singles, occasionally with mammoth club versions of the songs included, made them as much a song-based outfit as creators of diverse albums.  But as my focus of this column tends toward examinations of classic LPs, I’m zeroing in on Low-life’s significance as a time capsule displaying the group’s evolution via collected works from the same period.  As New Order’s albums following Low-life tend to be sketchier affairs, and occasionally include more rudimentary compositions to buoy their truly stupendous singles, I choose this release to mark the moment just prior to the band’s own tribute to Arthur Fonzarelli surviving his mid-air view of the fearsome fish below.

Guitarist/vocalist Bernard Sumner, bassist Peter Hook and drummer Stephen Morris were ¾ of the short-lived Joy Division, set free prematurely by the suicide of vocalist Ian Curtis.  In a vow to continue on, yet without using the Joy Division name, they invited Morris’ then girlfriend keyboardist/guitarist Gillian Gilbert to shore up the New Order line-up.  With a new understanding of the studio board controls and a stateside distribution deal with Quincy Jones’ Qwest Records (they were the prime movers of Factory Records in the U.K.), they now enjoyed increased artistic freedom and wider exposure.  Capitalizing on these blessings, they’d assembled some top-notch singles along with equally impressive deep cuts and unleashed the work on a public already in love with The Cure and Eurythmics and hungry for more of the same.

Lead track “Love Vigilantes,” with its melodica, live drum and driving bass guitar bed really created the mold from which so many New Order songs familiar to fans of college radio were later cast.  Sumner’s voice, though not strong or particularly acrobatic, snares us with its warmth and understatement.  When busting into a guitar solo of sorts mid-track, he’s not looking to dazzle us with technical brilliance, but rather provide a brief break using a different kind of percussion in rapid strumming.  Devoid of heavy effects, his guitar is as identifiable as much as Hook’s bass, which is the usual instrument carrying a New Order song’s melody.

Contrast this with “The Perfect Kiss,” found here in an edited version of the single released prior to Low-life.  The band’s now using programmed percussion to a satisfying degree.  True, the drum sounds are dated, but those sounds are not overloaded to the point of becoming obnoxious.  And although there’s no doubt that the cut is intended to move masses out of their seats and out onto the clubs’ dance floors, Hook’s bass and Sumner’s guitar are still integral parts of the song.  The lyrics somehow never seem to be a main focus of New Order’s songs, falling into the void of mystery that includes their vague album cover artwork, unconventional LP packaging, bare bones track listings, lack of listed album credits, etc.  Much of it feels like an in joke between the band and their die hard supporters, but you don’t feel alienated all that much if the joke doesn’t make sense to you.  The music’s good enough to carry everything on its own.

Side one closes with the album’s longest track, “Sunrise,” and the band is at their heaviest.  Creeping in with scuffed-up synthesizer chords, then Hook’s melody, a scalding pick scrape from Sumner, and Morris’ splashing-crashing drums, you cannot question that this was still very much a four piece rock band that liked to turn up the volume and jam.  Sumner’s painful, mumbling vocals and guitar on the verge of exploding past its distorted capabilities provide the drama, while the Hook-Morris rhythm and Gilbert’s rich keyboard tones heighten the suspense.

Another surprise comes as side 2 ushers in the stately, slow-building instrumental, “Elegia.”  Gilbert’s layers of keyboards and Sumner’s pleading guitar melody are the main focus, but the song highlights the band’s full satchel of original ideas held before being catapulted into superstardom.  “Sooner Than You Think” follows with an easy tempo and use of both live drums and programmed beats (mainly a tropical sounding percussion).  Sumner’s push towards passion arrives in a characteristic vocal delivery falling just slightly behind the beat.  It’s a familiar style, but one that Sumner uses to also make up for extensive vocal training or incredible chops.

Another major dance single appears in a modified version with “Sub-culture.”  It’s perhaps the best known song from the album and also perhaps my least favorite.  I don’t really have an issue with the song being an unabashed dance pop number, but the group fell squarely into the trap of using technology that would become outdated nearly immediately after the song’s release.  If you have no qualms about your music sounding “totally ‘80s,” then this track is meant for you and your ilk.  Oddly, they employ extremely dated synth-bass noises on the album’s closer “Face Up”, but also manage to avoid most of the shortcomings found on “Sub-culture.”  Remove Sumner’s voice and we might be listening to a Vince Clarke (Erasure, Yazoo, early Depeche Mode) cut.  The track could have benefitted from Hook’s actual bass guitar work replacing the annoying, bouncing, mechanical approximation, but despite that it still comes up short of being an embarrassment.

I can’t say that I’ve ever been much of a New Order devotee, despite owning more of their albums than I’d first realized.  However I do recognize the influence the group has had with a wide array of alternative music sub-genres.  Most New Order albums find me in love with only about half of the songs contained therein, and merely tolerating the rest.  Yet Low-life is a different beast altogether.  After digging it up before writing this blog entry, I can’t help but wonder what the group may have become had they downplayed use of the cheese to concentrate on the meat of their music.  It’s no exaggeration to say that the pop landscape would have been transformed dramatically – in my mind to everyone’s benefit.