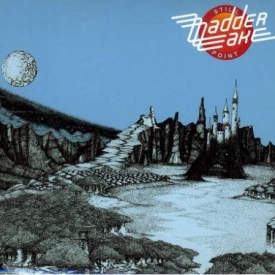 Madder Lake were a five-piece Australian outfit – Mick Fettes (vocals), Brenden Mason (lead guitar), Kerry McKenna (bass, synthesizers, vocals),  John McKinnon (piano, organ, vocals) and Jack Kreemers (drums, congas, gong) – that made a big splash in their home country in the early 1970s. The band’s strengths were mixing progressive rock with the blues and bits of psychedelic. Their debut album, Stillpoint, was recorded in 1973 in just six days and has a wonderful feel of immediacy. Its original seven tracks have been padded here with seven additional tunes, thanks to the superb reissue courtesy of Australian label Aztec Music.

The opening “Salmon Song” is one of the band’s best, sounding like Traffic meets Nektar. It builds slowly, climbing through more than six minutes of spacy keyboard, wah-wah guitar and perfectly paced drumming via Kreemers, before Fettes jumps in, singing “Working my head to my head to my body/Working my head to my head to my toes,” along a howling guitar line. “On My Way To Heaven” is a slab of tasty boogie rock, with a gutsy Fettes’ vocal and excellent harmony singing from McKenna and McKinnon. “Helper” is a psychedelic rocker, with some gorgeous guitar work from Mason and a resounding gong blast to bring the tune home.

“Listen The Morning Sunshine” is an upbeat  with some doo-wop-ish vocals that turns far heavier, with a heavily processed vocal, driving bass line and more great guitar from Mason. The song then deters into a reverb-soaked coda with a tribal drum beat. The sunny “Goodbye Lollipop” – though catchy – was more of the band reaching for a chart hit and to appease management than being representative. Still, it turns the standard bubble gum tune on its head with a complex arrangement, even busting out with a swirl of keyboards that sounds more like Uriah Heep than Sagittarius. And the vocals are excellent. “Song For Little Ernest” is another striking number, with perhaps Fettes’ finest singing.

“12-lb. Toothbrush,” which closes the set, became Madder Lake’s signature tune, drawing you in with its made-to-sing-along vocal “Na na na nanana na.” The song is a fitting bookend to “Salmon Song,” giving the band members further space to journey through sound while bringing the listener along.

Of the bonuses, there are two more versions of “12-lb. Toothbrush” – a pared-down single version and a live version taken from The Great Australian Rock Festival Sunbury 1973. Other highlights include “Bumper Bar Song” – released originally as the B-side to “Goodbye Lollipop” – an excellent proggy number, featuring cool octave guitar lines and cymbal work; and “Country Blues,” whose swampy barrelhouse swagger bridges The Faces, Little Feat and Lynyrd Skynyrd.

Beyond the music, the album features some awesome Middle Earth-esque cover art courtesy of band roadie and confidant Drak. The liners indicate a second Madder Lake reissue is in the works at Aztec, and the band members – all save for McKinnon – are back together and enjoying a second go-round at making music. Good news, indeed.