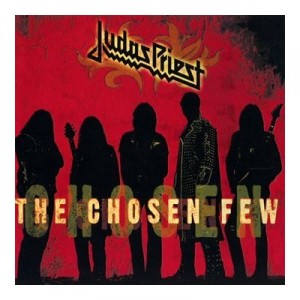 I’ve never been much for greatest hits albums. To me they’re meant for the casual fan who is too lazy to listen beyond what radio and others have deemed are an artist’s best moments. For a collection of songs to have real meaning and represent the arc of a musician or band’s career, they should be chosen by hardcore fans. Often, the most steadfast fans are other musicians – those who gravitated toward an instrument because of a particular recording and then spent countless hours learning parts note for note. That’s the concept behind Judas Priest’s The Chosen Few, a 17-track “best-of” with favorite Priest tunes from 1977 to 1990 handpicked by artists including Alice Cooper, Ozzy Osbourne, Lemmy, Joe Elliott, Klaus Meine, Slash, Steve Vai, Lars Ulrich and James Hetfield. In addition, each artist gives his own reason for what makes the chosen song so awesome. Overall, this is a rock-solid collection with some lesser-known numbers such as “Dissident Aggressor,” “Delivering The Goods” and “Rapid Fire” getting their due along with the well-trodden “Living After Midnight” and “You’ve Got Another Thing Comin’.” That nearly half the tunes are taken from the 1970s tells you that early Priest was very influential Priest. If you want to understand how important Priest were (and remain) to the sound of heavy rock and metal, check out the band’s early catalog. Skeptical? Then start with The Chosen Few and start believing.