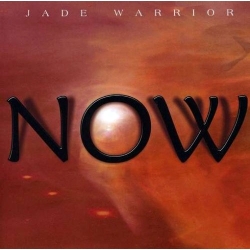 Jade Warrior are one of those bands that too few people have heard. Part of it stems from their compact discs coming into print for a short time only, eventually driving up prices on the secondary market beyond what most music fans were willing to pay. And they were never really part of the collective English prog scene per se, dominated by Yes, Genesis, ELP, the Moody Blues and the like.

But those who heard early masterworks such as Jade Warrior or Last Autumn’s Dream hoped the Warriors would one day meet again to swing their collective musical sword. For Jade Warrior had done what few others had, they created their own sound and identity, with a mix of Glyn Havard’s distinctive vocals and Jon Field’s flute, playing arrangements that married rock and jazz with sounds of the far east. They sounded like no other band, and no other band sounded like Jade Warrior. One minute they sang you to sleep, the next they kicked you in the shins. Good fun all around.

The band released several fine records in the ‘70s, disbanded and came back here and there, in different incarnations but never really got going again. Then, in 1990, Jade Warrior reconvened as a quartet, with Field, founding member and guitarist Tony Duhig, bassist Dave Sturt and guitarist Colin Henson, and made plans to record a new album. But the band was dealt a severe blow when Duhig died, prior to any writing or recording of new material. Although they carried on, finishing the album Breathing The Storm in 1992 and one more as a trio in 1993 (Distant Echoes), it seemed the band’s glory days were behind them.

According to the band’s Web site, “Work began on another album but various pressures resulted in the work being shelved. The band lay dormant for a decade but momentum built up over the last few years and musical ideas were passed around. After a few preliminary recording sessions a meeting was arranged with original vocalist Glyn Havard and he was invited to rejoin the fold. As the album progressed it became clear that Colin was not comfortable with the direction the band were moving in and so he decided to leave.”

Fast forward nearly 15 years, when Sturt calls Havard  about coming back on board, and everything comes full circle.

Now a trio – Jon Field (flutes, percussion, keyboards), Havard (vocals, guitars) and Dave Sturt (bass, percussion, keyboards) – Jade Warrior have released not just a good or very good album, but a great album, one that stands along their finest works from the early 1970s. Now is the work of a band discovering itself again, and rediscovering the greatness that was there in the past. It’s also a fantastic recording, with an almost analog feel that’s rare in the digital realm these days.

The music undulates like a banner in the breeze, constantly changing direction and mood. Sturt’s fretless bass work is phenomenal, Havard has never sang better, and Field has reached into the cosmos for some of the best flute lines ever laid down in the “rock” context.

The opening “Fool And His Bride” begins with a bass line that Charles Mingus would be proud of and rides a late-night jazz groove and Havard vocal before erupting into a glorious saxophone crescendo. The song ends with a choir, singing wordless notes and a backing instrumentation sounding like Howard Shore’s music for Lord Of The Rings. That’s part of the beauty of this album and band, they don’t stand still musically, but what is offered is always compelling. “Journey” is a melancholic look back, with a lyrical nod to Last Autumn’s Dream, and features some shimmering acoustic guitar and flute. “Lost Boys” is one of the record’s strongest tracks, with that patented Jade Warrior blend of rock, moody orchestration and thumping beat.

“Floating Moon” is a lilting instrumental that cleanses the palate before the next onslaught. “3am Meltdown” starts like some cover band from the Congo playing Aerosmith before shifting into a wild, rhythmic, in-your-face crunch. It then turns smooth, with a lilting reed and wind bridge before a berserk and shattering finish akin to King Crimson. “True Love” is my favorite track. It builds slowly, layer upon layer, with a dark intensity, insistent bass groove and haunting flute line. Guest drummer Jeff Davenport, as well, lays down a killer beat. Listen to the guitar riff around the 4-minute mark and Havard’s vocals. A powerful tune.  “Talisman” is a peaceful follow-up, something Jade Warrior are so good at. It’s a perfect mix of mellow acoustic bass and guitar, piano and flute. Havard’s vocals, again, are dead on. “Screaming Dreams” is another hard rocker, with a twisted rhythm, showcasing the band’s prog chops. The vocal line is almost hip-hop-ish, while the guitars slink in and out in psychedelic fashion. Then we get a flute line that sounds like a soundtrack for a 70’s police drama. “Everything Must Pass” closes the set with a sly Caribbean undertone. It brings it all home – the horns, guitars, keys and percussion coming together in one amazing groove.

Now is one of those rare records from a classic band that can serve equally as introduction or reunion. Get it, and listen. Now.