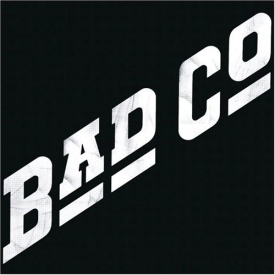 It’s easy to take Bad Company for granted as another ‘70s musical dinosaur destined for perpetual play on classic-rock radio. But give their 1974 debut another spin in its entirety, and Bad Co.’s place in rock becomes clearer.

Their self-titled release went to #1 in the United States and #3 in the United Kingdom. Where most artists would practically give their left ventricle to have one hit single, the BC boys loaded their first LP with five – “Can’t Get Enough Of Your Love,” “Rock Steady,” “Ready For Love,” “Bad Company” and “Movin’ On.” Those are the hits, and the other three tracks are nearly as strong – the gospel-tinged “Don’t Let Me Down” and the lovely acoustic number “Seagull,” particularly, icing an already rich cake.

Ironically, the very things that made Bad Company successful – three-chord rock and lyrics that glorified being savvy in the sack – would be their undoing, as they struggled to reinvent (or at least redefine) themselves in the late ‘70s. Before that, though, it all came together in this astounding debut.