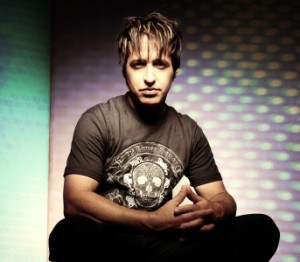 In the world of progressive rock, few albums have enjoyed the critical and fan acclaim of Genesis’ The Lamb Lies Down On Broadway. The 1974 release was in many ways the culmination of the musical explorations of Peter Gabriel, Tony Banks, Mike Rutherford, Steve Hackett and Phil Collins – the five had previously recorded the superb triumvirate of Nursery Cryme, Foxtrot and Selling England By The Pound. Whereas those records contained music almost Victorian-like in its expansiveness and theatrics – including the epic “Supper’s Ready” – The Lamb featured tighter, street-tough progressive rock songs fueled by Gabriel’s remarkable lyrics, detailing the story of Rael, a Puerto Rican kid who wanders through New York City, experiencing its many guises.

And the music reflects that. It could be grinding (“The Grand Parade Of Lifeless Packaging”), scary (“In The Cage”), celebratory (“Counting Out Time”) and soothing (“The Carpet Crawlers”). The tunes were heightened by remarkable band performances, such as Hackett’s flowing guitar lines on “Hairless Heart” or Rutherford’s classic bass line on the title track. The 23 songs on Lamb became this Genesis’ lineup’s swan song and their crowning achievement. Though the band would go on to unimaginable commercial success, few Genesis fans would argue that the band ever recaptured the magic heard on their early recordings.

Since its release, The Lamb has become something of legend, always finding its place on any Top 20 list of all-time greatest progressive rock albums. So one could feel a bit of skepticism toward a tribute or any remaking of this seminal album. Why mess with a good thing?

A friendly conversation between Nick D’Virgilio (drummer/vocalist of Spock’s Beard) and producer Mark Hornsby led to the two recording The Lamb in its entirety, titling the project Rewiring Genesis: A Tribute To The Lamb Lies Down On Broadway. As D’Virgilio writes in the liners, “We had been hanging out at the NAMM Show here in LA…and after a few beers and about 10 hours of being at the convention, Mark turns to me and says, ‘Why don’t you come out to Nashville, and let’s record “Slippermen” country-fied or bluegrass-style or something?”

The two hooked up in Nashville, and with the help of some musicians – many who had never heard The Lamb before – they cranked out the record in a few short weeks. Through the D’Virgilio/Hornsby filter, the songs get a fresh coat of paint and life, whether it’s the Bourbon Street glee of “Counting Out Time” or turning the instrumentation on its head on “In The Cage” and others, the result is a victorious interpretation of an old fave. With a clean, bright sound; excellent singing from D’Virgilio (you can understand all the lyrics!), and some spry performances from the backing musicians (guitarist Don Carr is a hero), the songs come to life, emerging from their snug cuckoo cocoon (sorry) to fly free again. In many ways, it sounds like the direction Gabriel and crew might have taken The Lamb into the 21st Century.

D’Virgilio offered his thoughts on remaking this classic album.

1. What were the musical challenges of learning and recording The Lamb Lies Down On Broadway in its entirety?

It is a beast of a piece of art. There are many different feels, time signatures and sounds. I think John Hinchey probably had the biggest challenge – having to do something with all of the synth parts. That are many of them all throughout the record and John just completely nailed it. He adapted strings and horns in such unique ways that it made the songs sound fresh. The other challenges were having a bunch of people who were not very familiar with it learn it and play it, all the vocals, and the mixing. Oh man, there is a lot of music there. The fact we got this thing done in about seven weeks is amazing.

2. Was there anything that surprised you about the music or lyrics?

Something that surprised me is how the music is very soulful once you strip it down to the basic parts. The prog aspect is still there for sure but the parts are very groovy, some parts very bluesy. That is why I always love early Genesis. They made prog groove.

3. How far from the original versions were you willing to stray to give these songs a fresh spin?

There was no plan. We just started recording and wherever we went is where it went. That is how great things like the middle of “Counting Out Time” happened. We were recording the song and all was going along beautifully, Then Dave suggested that the mid section was ripe for a Dixieland band. There was unanimous vote of “Yeah, let’s go for it!” And…we did. That is the kind of thing that made these recording sessions so much fun. The guys came up with things on the spot and we tried them – simple as that. All the guys are such good musicians that is was very natural to trust their ideas.

4. Did you expect that having musicians who were unfamiliar with the album prior to recording could work so well?

I had no idea what to expect with this whole thing. It was after we recorded the first song – we tried “The Colony of Slippermen” – that I knew it could work.

5. The strings and horns on “In The Cage” work perfectly. They give the tune an almost symphonic feel in places. What was your feeling the first time you heard these arrangements?

I loved it. Like I said earlier, John did such a great job arranging the parts. The rest of the song is pretty close to the original. It is the strings and horns that make it.

6. The guitar tone on “Hairless Heart” is very close to Steve Hackett’s. Was Hackett’s sound something you and Don Carr wanted to be faithful to?

You would have to ask Don and Mark about that but I was there when they recorded those parts. From what I remember there was a suggestion to play a more jazzy sounding guitar and to have the track sound like we were at some smoky jazz club just groovin away. We were not going to have strings on there originally but then while doing the vocals I added a back round vocal pad and then when Mark was recoding strings for another song he decided to add them to this song and then all the starts were aligned. It turned out beautifully. It is one of the highlights of the CD for me.

7. “Counting Out Time” has a fantastic Vaudeville-meets-New Orleans feel, and “The Colony of Slippermen” brings in accordion, clarinet and sitar – parts are almost like 21st Century Benny Goodman. And “Riding The Scree” is another incredible arrangement. Your overall interpretation brings this album to life, for me, like a musical.

Thank you. We were not thinking of a musical at the time, but now listening back I see what you mean. I could totally see this on stage. Hopefully one day we can make that happen.

8. One of my complaints about the original record is the sound – it’s sort of muddy. I like the recording approach here. The cleaner sound makes it easier to hear and understand the lyrics. Was that intentional? Your vocals, as well, are really great.

I have heard that, too. But the original had so many great moments. Even with the muddy thing it was and is a classic to so many Genesis fans. I knew before we even started that it was going to SOUND great. Mark is a very talented engineer and Dave’s studio has so much great gear that was going to sound great.

9. Have you received comments from any of the Genesis members about this tribute?

Not yet but we’ll see what happens in the future. It sure would be great if they go on board with this version.