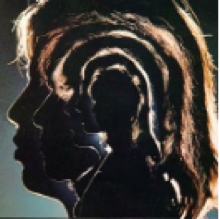 In the drumming school of “less is more,” Charlie Watts is the dean. The opening beats of The Rolling Stones’ “Honky Tonk Women” are among the most recognizable in all of rock music. The snare, tom, crash cymbal and then cowbell lay the foundation for the Stones to groove at their best, with Keith Richard’s jagged and dirty guitar and Mick Jagger’s swank. Watts is the atomic clock of rock drummers.