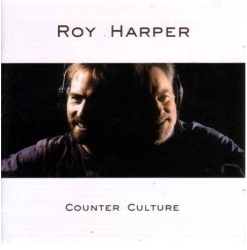 Most rock fans know guitarist/singer/songwriter Roy Harper as the voice of Pink Floyd’s “Have A Cigar”; as well, Led Zeppelin dedicated a song to him – “Hats Off To Roy Harper” – on their third album. Harper’s own music, however, has remained largely out of the mainstream, partly from his reputation as an oddball.

Uncompromising is a word often used to describe Harper’s music. His songs can span double-digit minutes, and change mood, as well, several times throughout a composition. He’s also known for his brutally honest lyrics, at times berating and controversial, others moving and vulnerable. As Harper has said, it takes a certain investment from the listener to get into his work. But don’t let that throw you, much of the music on this twin-disc set is undeniably beautiful and requires little effort at all to connect with. Harper’s voice, at times, sounds very like Bert Jansch, and if you like Jansch you’ll probably dig these tunes. And like Jansch, Harper is an excellent acoustic guitar player.

Harper has said before that he puts poems to music, and what’s most striking here is the music itself. Much of it is truly beautiful and varied. Harper’s finger picking and voice make tunes such as “South Africa,” “Forget Me Not” and “Another Day” resonate deeply. As well, the arrangements and orchestration (where present) imbue the songs with a rich, layered almost soundtrack-like atmosphere.

Part of Harper’s genius is his ability to make a 10-minute (or longer) acoustic guitar track interesting. “The Same Old Rock” – one such number – triumphs with fascinating guitar interplay between Harper and Jimmy Page. It’s cool to hear Harper thump out the rhythms while Page picks flurries of lead notes. The two styles are perfect complements.

“When An Old Cricketer Leaves The Crease,” is Harper’s masterpiece: a gorgeous, elegiac musing on summers in yesteryear Britain and the men who wielded the wicket. The lyrics convey a pastoral mood, heightened by Harper’s gentle fingerpicking and a French horn echoing the melody.

“One Of Those Days In England (Parts 2-10)” is a dense, quirky expose of Harper’s motherland, from the past into the present, and one of the best examples of his song writing style, with its ever-shifting dynamics and moods. Paul and Linda McCartney make unaccredited guest vocal appearances.

So many tracks standout here, it’s hard to separate the songs from the collection. In whole, Counter Culture is a superb introduction to an extraordinary songwriter. One that will certainly lead listeners down the road, deeper into Harper’s catalog. I know I’m going there.