Drums and drummers are the backbone of rock music, heavy metal, jazz, blues, big band and many other music genres. A rock show wouldn’t be a rock show without a drum solo, although it may be 10 minutes shorter! Rock singers and guitarists will always get the lion’s share of the fame, but take away the drummer and drum set and the song falls apart. Imagine Led Zeppelin’s “When The Levee Breaks” minus the thunderous pounding of John Bonham, or Rush’s “Tom Sawyer” without the dazzling stick work of Neil Peart. Along with those titans of the kit are dozens of other great rock drummers who deserve credit for their creativity and musical vision. Here are 10 underrated rock drummers. 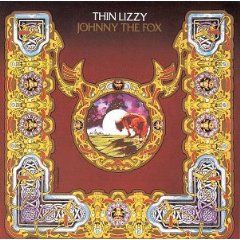 1. Brian Downey – The Thin Lizzy sound is usually attributed to the twin-guitar attack of Scott Gorham and Brian Robertson, but other “Brian” – drummer Brian Downey – almost always gets overlooked. Downey cemented the many brilliant songs written by Phil Lynott with a great drum sound and superb timing.

2. Rod D’Eath – Rory Gallagher’s live shows from the early 1970s are legendary. When he was on – which was almost always – no one could touch the Irishman for energy and charisma. Gallagher needed a band that could keep up with him, and drummer Rod D’Eath was the man swinging the sticks with a power that belied his spindly frame.

3. Bruce Crump – Molly Hatchet’s timekeeper is one of rock drumming’s most overlooked. Go back and revisit “Flirtin’ With Disaster” for a lesson on how to create drama and interest within a guitar riff and the song itself. 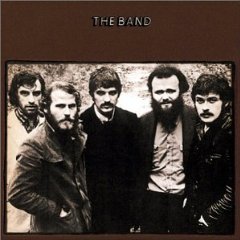 4. Levon Helm – The Band were so bloody loaded with talent that it’s easy to overlook how intricate and complex the arrangements were. Helm’s drumming combined an almost military-like precision with a backwoods ethos that made songs such as “King Harvest (Has Surely Come”) and “The Night They Drove Old Dixie Down” even more stirring.

5. Steve Gorman – Take the power of John Bonham and the finesse of Phil Ehart and you might get a drummer that sounds something like the Black Crowes’ Steve Gorman. Listen to his shimmering hi-hat and cowbell work on “Wiser Time.”

6. Danny Seraphine – Remember when Chicago was a cutting-edge rock band, not afraid to delve into experimental jams that lasted an album side? Seraphine’s formidable jazz chops made even the band’s most meandering cuts groove.

7. Phil Collins – Drummers already know, but once upon a time in a Genesis long, long ago, Collins was a rhythmic monster. His bandmates also discovered he could sing. Give me “Harlequin” over “Easy Lover” any day.

9. Jon Hiseman – Progressive rock fans will know Hiseman as the founder of Colosseum and for his later work with guitarist Allan Holdsworth in Tempest. Hiseman’s feet and hands seem without bounds, as he flies across the kit. While Billy Cobham was making jaws drop in America, Hiseman was picking up loose teeth in Europe. 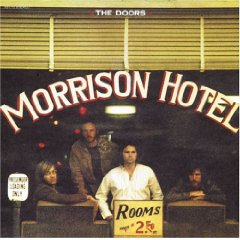 10. John Densmore – The Doors’ drummer layed down beats almost tribal-like in their persistence and drive – cue “Touch Me,” while his angular sense of time and jazz leanings are all over Doors’ classics including “Hello I Love You” and “The Wasp (Texas Radio And The Big Beat).”