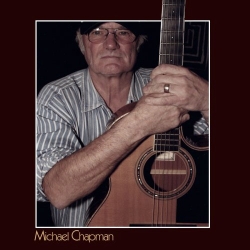 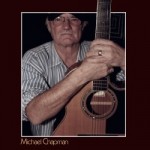 Michael Chapman is one of those musicians that far too many have never actually heard. Maybe you’re one of them? If so, there’s no better time to get acquainted with Chapman’s music.

Time Past  & Time Passing is a stripped-down affair, with just Chapman on acoustic guitar and singing. The recording is intimate and warm with a sparkle of reverb here and there.

An extremely versatile player, Chapman is adept at “British-style” finger picking as well as Delta blues and slide, and his voice has a weathered, oak-y quality like a well-aged single malt whisky. That quality comes across markedly on the terrific “Sometimes,“ a visceral examination of life’s ups and downs with some nifty fretwork. Chapman can also get down and dirty on the axe, such as on the tribute to fellow fingerpicker and seminal acoustic guitarist John Fahey on “Fahey’s Flag,” a gut-bucket, slide blues workout. “Ponchatoula,” by contrast, is a peaceful, lullaby-ish interlude.

Chapman has the rare ability to write not just great songs but great instrumentals. Case in point is the phenomenal “Caddo Lake,” a heartbreakingly gorgeous guitar tune – one of my favorites ever (see and hear Chapman perform it live in the video below).

“Silver King/Dust Devils” is a joyous ragtime-like romp that recalls Piedmont pickers like the Reverend Gary Davis. “Vanity & Pride” is another instrumental that brings the album to a shimmering end, sounding something like Pat Metheny.

If you’ve never heard Chapman previously, this album is a great place to start. Then, you can go back to a substantial catalog, including celebrated albums such as 1970’s Fully Qualified Survivor, voted by legendary British DJ John Peel as his favorite record of the year.