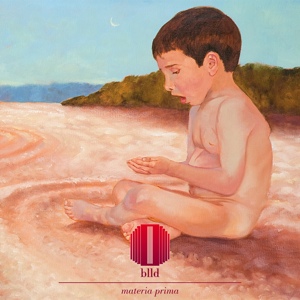 Fans of German touch guitarist/composer/producer Markus Reuter will be happy to know that he has yet another project available for consumption.  This time he’s collaborating with multi-instrumentalist Ric Byer (who also calls himself 05ric) under the name Blld.  Their first EP, Materia Prima, is out on the tiny Squatter Madras label, distributed through Reuter’s company Iapetus Media.  At less than 21 minutes in length, Materia Prima is packed with layer upon layer of sound and reveals more levels of genius with each listen.  Anyone into Robert Fripp’s atmospheric work, the sonic transportation of Robert Rich or the more recent works of No-Man needs to take heed.  Percussion aficionados will also enjoy 05ric’s Bruford-esque maneuvers and the appearance of Porcupine Tree’s Gavin Harrison via his sampled drum loops.

Materia Prima feels like one continuous composition that’s subdivided into tracks.  Without the artificial insertion of track division, the CD flows directly through all seven named pieces.  The constant presence of Reuter’s ghostly Warr guitar and 05ric’s busy use of his entire drum kit bind the tracks together.  Other fascinating devices employed are 05ric’s voice and his phenomenal workouts on an extended-range bass guitar.  The voice-less “Identify” has him alternately slapping and growling through the bottom end while Reuter is creating spooky mysticism behind, above and all around him.  When the vocals join in on the remaining tracks (excepting Reuter’s 37-second solo piece, “Transition,” and his lengthier “Reverence”), it’s as if 05ric is contributing a human counterpart to Reuter’s otherworldliness.  Though sung in English, the voices are never quite distinctive and are instead intertwined with the instrumental performances, never lifting to exist above the music.

Blld isn’t a rock band by any stretch.  They have much more in common with Chicago post-rock outfit Tortoise than they do with King Crimson.  Yet for those of us who feel that every song’s been done before and new artists merely deliver reinterpretations of previous experiments, Blld provides an evolutionary performance.  When you’re in the mood to take the next step to music’s future, stand your ground on Materia Prima.

One thought on “BLLD – Materia Prima”