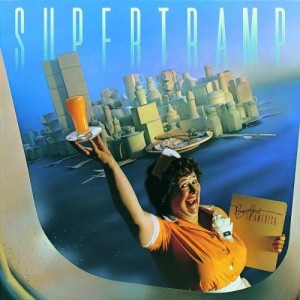 New York, NY (January 30, 2012) – Roger Hodgson, the legendary voice of Supertramp, will embark on his Breakfast in America Tour next month, kicking off with two sold out shows at the Pechanga Resort Casino in Temecula, CA.

Fans the world over have been thrilled with Hodgson’s unforgettable songs such as “Breakfast in America,” “The Logical Song,” “Dreamer,” “Give a Little Bit,” “Take the Long Way Home,” and “School.” Hodgson and his band will perform these timeless songs, as they take you on a magical musical journey.

Universally recognized as one of the most gifted composers and songwriters to have ever put pen to paper, Hodgson helped define a generation of progressive rock. Founding Supertramp in 1969, Hodgson’s dulcet tones and beautifully crafted lyrics helped the band sell in excess of 60 million albums, transforming them into a worldwide phenomenon. Although he departed the band in 1983, he is still regarded as the spiritual and creative force behind Supertramp.

Reflecting on his tour and DVD, Roger said “I love performing these songs, which continue to resound for me as a performer and for the fans.  My songs come from a very personal place inside me and they carry my beliefs and my dreams and my philosophy of life.  I understand the deep connection that fans have with my songs that have been a part of so many peoples’ lives around the world.”

Hodgson will perform at the following venues:

More dates to be announced in the coming weeks!  For details, visit: http://www.rogerhodgson.com/documents/tour.html

4 thoughts on “Roger Hodgson bringing “Breakfast In America” to America”