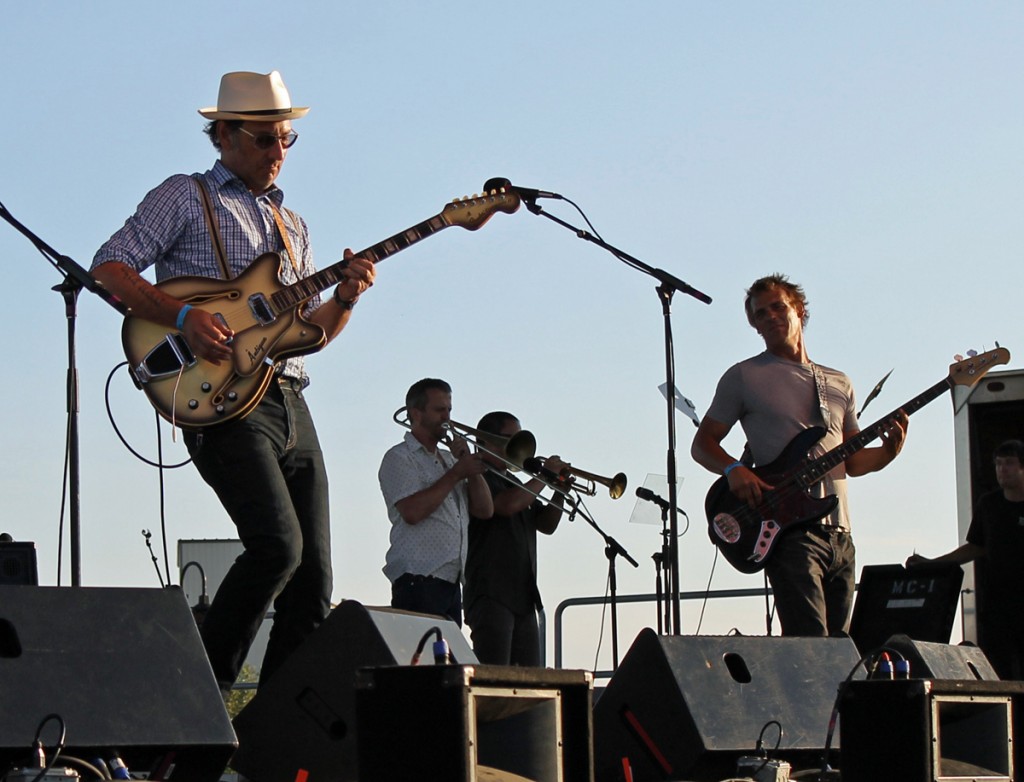 July 7, 2012, marked a sort of musical homecoming for me when I saw The Honeydogs performing at The Bridge Festival in Duluth, Minnesota’s Bayfront Park. It was some 16 years ago (July 5, 1996) when I first saw The Honeydogs perform in St. Paul at Grand Old Day, on an event that also featured the newly formed “Supergroup” Golden Smog. The mid-90s were the height of the alt-country movement, and The Honeydogs were in that mix early on but quickly branched out into pop-rock, before spreading wings and flying into the rarefied air of anything goes with recordings such as 10,000 Years, Amygdala and the latest effort, What Comes After.

It’s a shame that too few know about The Honeydogs and the music crafted by lead ‘dog, Adam Levy (that’s him in the hat pictured above). When you think about the Minneapolis music scene, the artists that typically spring to mind are Prince, The Replacements and The Jayhawks (maybe – but they were on this bill and deserve mention in that group). Ask folks outside the Twin Cities, however, about The Honeydogs and you might get a blank stare. Such is the lot of so many talented “regional” acts, but if you’re into the music of Brian Wilson, The Beatles, Bob Dylan, John Martyn, Antonio Carlos Jobim or Curtis Mayfield, you may want to check these guys out. Another band that comes to mind is Wilco, in the sense that over the years The Honeydogs have stepped outside of musical genres and created their own. The best description of this music is “Honeydogs.” 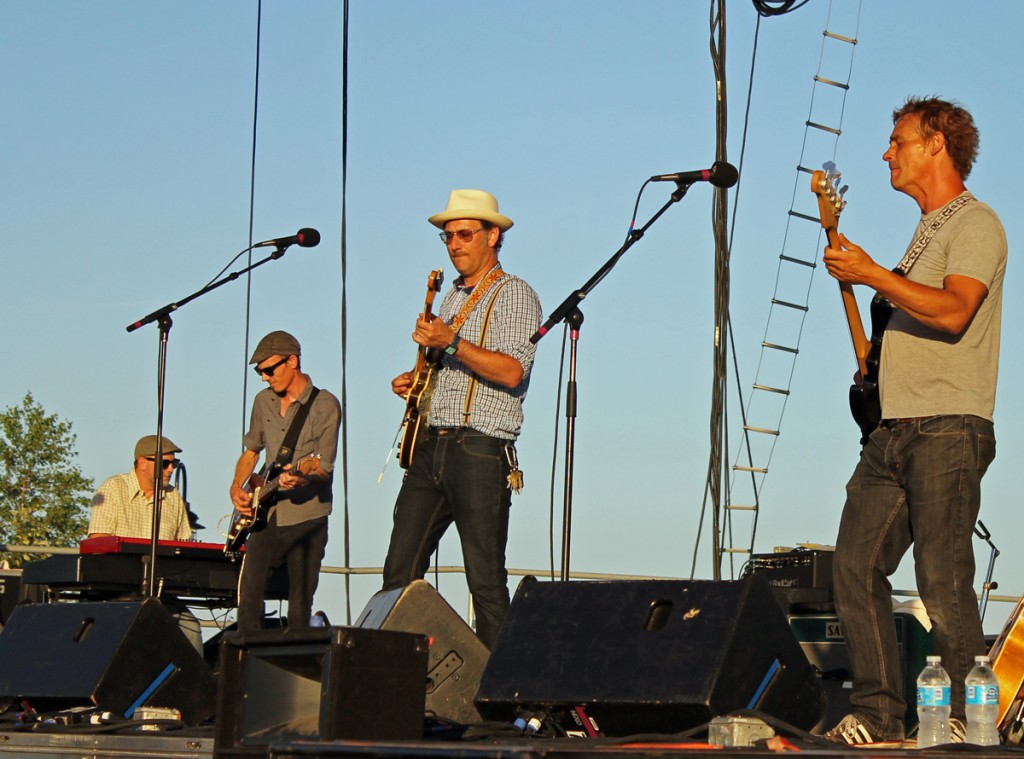 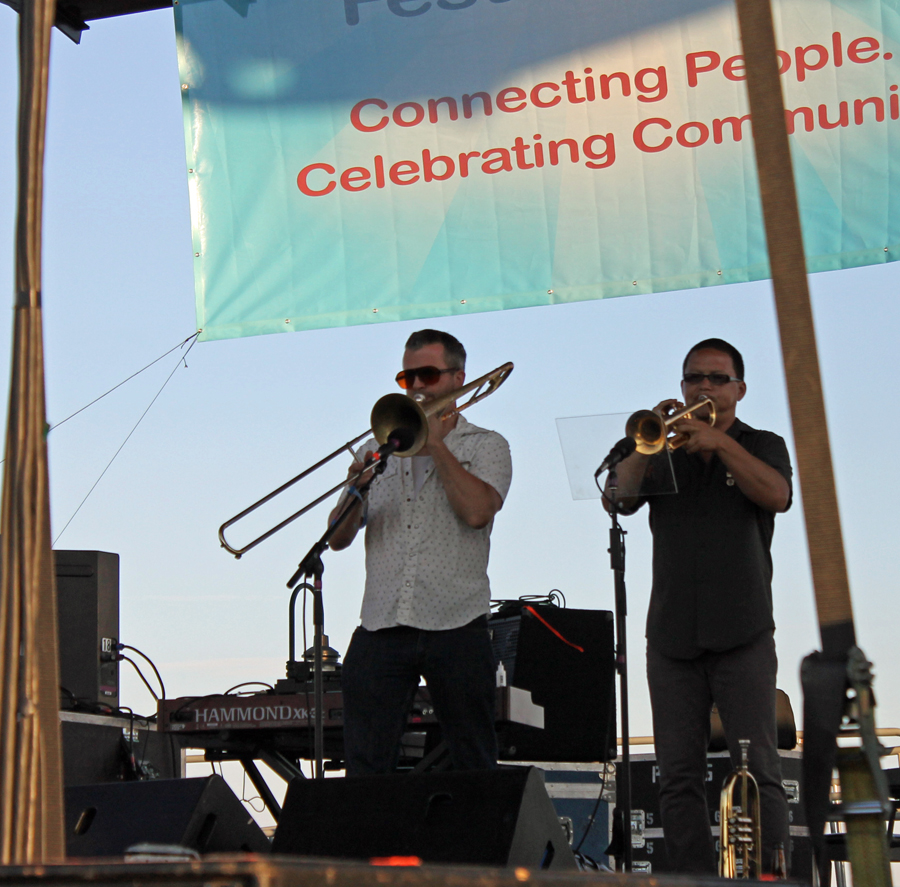 And it was a heady mix of polished pop, psychedelic rock, shimmery acoustic numbers and some hard-groovin’ funk that the Bridge Festival attendees were treated to. The band kicked things off with the title cut from 2004’s 10,000 Years, an extremely catchy and upbeat number that suggests the delirious acceptance of war isn’t always just in the hands of adults, with Levy singing, “They’re melting their toys down for the war effort. All of the kids are standing in line to enlist…” From there, the band ripped into “Rumor Has It,” which is the closest The Honeydogs ever came to a “hit,” but it’s remained a staple in the band’s setlist and features a brilliant descending three-note riff played against a lead guitar bass line that adds tension and further melody. From there, the setlist was heavy on newer material, with a rightful focus on songs from What Comes After. The sampling included power-poppish “Aubben” and the country-rock flavored numbers “Better Word” and “Blood Is Blood,” a tune that fans of the early days will dig. All was excellent, but I thought the band really hit a peak with “Broke It, Buy It,” an incredibly funky commentary on the unworthy path toward happiness through consumerism. If there’s one area that The Honeydogs of today differ from the past it’s with the addition of horns and the emphasis on groove. Levy is such a master of songwriting that even his most complex arrangements have a certain lightness that belies what’s going on just beneath.

There are few bands deserving of the big break more than The Honeydogs. Levy is a singular talent who likely would have been mentioned in the same breath as Harry Nilsson, George Harrison and Roger McGuinn, if he was born 25 years earlier. That he remains a vital part of today’s music scene – local or otherwise – and seems to just be hitting his stride should be reason enough for you to investigate The Honeydogs’ current and back catalog. Songwriting giants still walk and sing and play among us. No rumor, just truth.