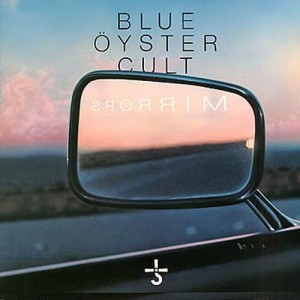 Blue Oyster Cult’s 1979 album, Mirrors, divides a lot of hardcore Cult fans. The record was a long way from the  molten savagery of “Cities On Flame With Rock And Roll” or the glorious sludge of “Godzilla,” but tucked six songs in lies the best tune Blue Oyster Cult ever recorded. Guitarist Buck Dharma, who three years earlier penned the band’s signature tune, “(Don’t Fear) The Reaper,” composed “The Vigil.” It didn’t stream across radio and few outside of the Blue Oyster Cult ever heard the tune, but it captures the mysterious magic of “Astronomy” and showcases Dharma’s gift for crunchy riffs and ethereal harmony and lead lines.

If you haven’t heard it yet, here’s two versions to set you straight. Listen to the original studio recording of “The Vigil,” and then fast forward 30 years and watch Buck extend this great song with some signature soloing. It’s obviously not the classic lineup-Allen Lanier, Albert and Joe Bouchard are long gone-but the song is really Dharma’s, and this gives him the full spotlight he deserves.